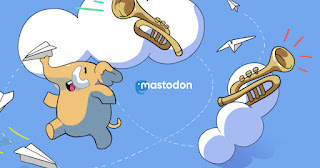 You can now find the COMPLETE roundup of tootorials online at

Someone, I forget who, wondered "Why hasn't anyone called their Mastodon tutorials, tootorials?" So, I am going to do just that. I've been crafting tootorials that document my own journey through Mastodon
conversation space. I have enough that it's worth writing a blog entry just about them:

Ok, so that's my short list, but I'll be adding to it. But I'd be remiss if I didn't mention the following:

For #TwitterMigrations folks, something that elicited some grumbling from Mastodon long-timers was this Notable Twitter Users in the Fediverse list someone created.

As I perused it, I found a few "famous" twitter personalities I would love to follow. Obviously this is a violation of the Mastodon culture because these kinds of lists shouldn't exist.

For those of us who are coming from Twitter, who are looking for familiarity in the form of old friends and colleagues, as well as interacting with authors and celebrities as we did on Twitter, these kinds of lists are welcome.

Looking over the list, I stumbled on a few folks I wanted to connect with in the Fediverse, in addition to all the other wonderful, welcoming strangers I have encountered via Mastodon instances:

I could note that I've written blog entries about Anthea Butler, Greg M. Epstein, Jeff Jarvis, Martin Dougiamas, and it's great to not lose touch with these folks and their ideas. For Jen Mercieca and Paul Krugman, well, great folks to follow for news. I don't know the rest of the people on the list, but it might be fun to explore that list to see who else I could learn from.

This looks like an amazing website to explore. I haven't as of this blog entry, but I am looking forward to it. I wish I had known about it BEFORE I embarked on my Fediverse/Mastodon journey a few years ago, floundering on Mastodon instances I didn't know much about and that weren't aligned to my interests. 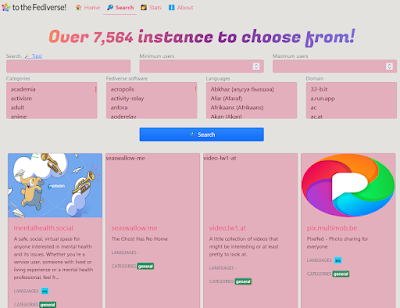 There is so much depth to the Fediverse, I'm looking forward to learn more and sharing my journey. I hope you will do the same!

Everything posted on Miguel Guhlin's blogs/wikis are his personal opinion and do not necessarily represent the views of his employer(s) or its clients. Read Full Disclosure
Fediverse Mastodon