Whether it's in Spanish or English, one recurring challenge for folks new to Mastodon? Posting animated GIFs. I won't speculate as to why the Mastodon site or the mobile apps allow posting of animated GIFs (read my guess at the end of this post), but I DO know it's a pain for some folks.

So, let's explore some workarounds for mobile and desktop Mastodon users. I've discovered these myself through trial and error, which is funny because:

"When learning is more effortful, it often results in better long-term retention."

To answer the first question, "What client app can I use that isn't the official one?" Most folks end up going for the default app for Mastodon, but it comes without some key features. As mentioned before, those omissions of features must be by design.

Instead, you'll need one of the following apps, depending on what type of device you are using. I've tried most of the Mastodon apps out there on both smartphone (iOS) and tablet (Android), and I'm confident of my recommendations:

No matter which app you choose for your device, free or paid, you will be able to insert animated GIFs and images without problem. Of course, you need one more component.

The little extra for mobile devices is the GBoard keyboard, which you install on your device. It comes with a built-in GIF keyboard that allows you to PASTE animated GIFs into the compose box of your Mastodon app of choice.

Here's another write-up on the subject you might find helpful. In this blog entry, I'm sharing my results of experimentation. :-)

There are a lot of options depending on your platform, but one I found that could work in either your web browser or as an installed program on your computer is Sengi.

I found that it worked flawlessly. This is the process I followed:1) Started up the Senge app 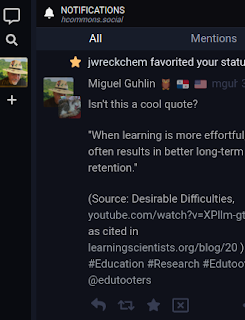 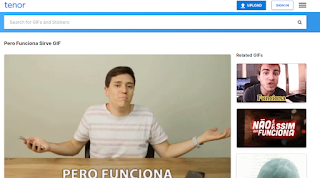 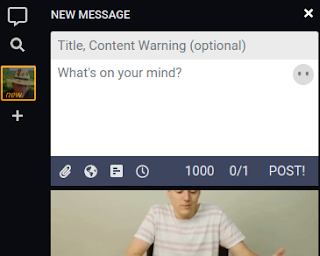 4) Composed my toot, adding alt-text to the imag, and that's that.

Oh wait. That's right, I forgot to share my speculative thoughts about why these features don't appear in the Mastodon standard app or web application (PWA, I guess).

My best guess is that text is preferred on this platform, and images/GIFs take up space on the server. Since server space costs money, as well as resources to display which also costs money, that's why Mastodon doesn't support them. But I could be wrong. This is a testable guess. And, I'm not the only one who has asked.

But perhaps, it's worth seeing what this guy says: 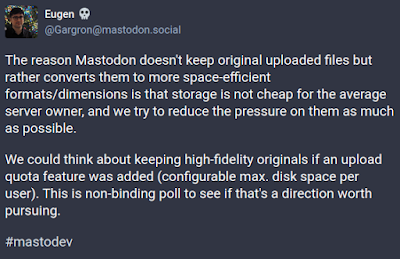 Everything posted on Miguel Guhlin's blogs/wikis are his personal opinion and do not necessarily represent the views of his employer(s) or its clients. Read Full Disclosure
Android iOS Mac Mastodon Social Media TechTips Windows