When I saw this headline, I remembered back to a conversation I had a few weeks ago, encouraging folks to move away from Twitter, or at least have a backup plan (like Mastodon, and here are some tutorials). I suggested, "Why not put up an instance, shelter the education folks and encourage them to move?" I was thrilled to see Eric Redegeld put up Mastodon.Education. Aside from that, no one else was really interested. It's probably the taking on more work aspect. 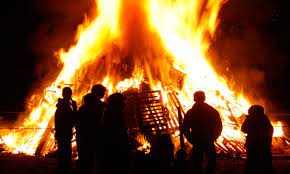 I wonder if those same folks are interested now?

CBS News has halted its activity on Twitter in light of Elon Musk's turbulent and unpredictable takeover of the social media platform, the broadcasting company announced over the weekend. source

For the rest of the folks still on Twitter, the question going around in my head is, "Why haven't YOU suspended your Twitter use?" You know who you are.

I've stopped live posting on Twitter, except to invite folks over to Mastodon. There's plenty of times when I've been wrong. There are others who say, "There are more important things to worry about." That's true, but isn't it always? Others, "I have other social media tools to fall back on, like Discord or Tik Tok (Chinese espionage, sheesh), Facebook (how much more garbage do you need to see?)."

I get it. Learning new stuff is hard. But now is the time to embrace learning, even when it's hard. Now is when everyone is learning, and you can get your questions answered.

Or, not. Roast some marshmallows on the Twitter bonfire.

Planning to leave Twitter? Then you have several options:

Everything posted on Miguel Guhlin's blogs/wikis are his personal opinion and do not necessarily represent the views of his employer(s) or its clients. Read Full Disclosure
Mastodon SocialMedia Twitter

Miguel Guhlin (@mGuhlin) said…
Yeah, Doug, I know. I follow in your footsteps, but since they are dinosaur sized, I can’t quite match your stride. 🤣 I locked my account rather than delete…my username might get stolen and sold. Joke. Anyways, good to hear from you!
November 20, 2022 at 8:22 AM