The Fruit of the Tree

- December 27, 2021
"Now, I understand a little of what it means to be 'woke.'" I told my daughter over the phone. For me, being woke means awakening to the injustices you were blind to for years. It means realizing that everything you'd been taught was a lie. Now, you already know that history had been watered down. It is waking up to the fact that Santa Claus wasn't only a false story, but a tool for pushing an agenda. Replace Santa Claus with your favorite deity. Our parents set us all on the path of apostasy with the Santa Claus stories. We must all put aside childish things, no? 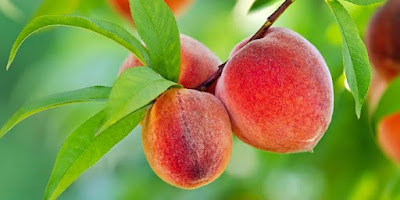 But the more one reads actual histories, not the manufactured garbage fed to us in high school and that obligatory college history course, you realize...that the lies continue from the past into the future.

One of my favorite lines from Robert Jordan's The Wheel of Time is Thom Merrilan's. Thom is the gleeman, an entertainer along the lines of Jaskier in The Witcher, a traveling jongleur (is that redundant?). He says, "Anyone who knows history is dangerous."
And you know what? He's right. The reason is that when you can hide the trails of injustice that extend from the past into the present, you are able to fool people. But once those trails are well-marked for others to follow, then injustice isn't hidden anymore.

Doug "Blue Skunk" Johnson sent me an article rebutting The 1619 Project, an amazing book that marks the trails of injustice. Every chapter is full of shocking revelations, stories, facts and figures that can't be ignored. And, because they can't be ignored, some brand them as lies, hoping that doing so may protect their stake in ill-gotten gains built on the blood of the enslaved.
George Will's article makes these points. I've quoted them, but you'll have to read the Mankato Free Press on 12/21/2021 for full context.

As I read George Wills' article, in particular the points he offers above, it occurs to me that he ignores the actual history of America. If you read How the Word is Passed, An Indigenous Peoples History of the United States, The African American and LatinX History, Forget the Alamo, and Lies My Teacher Told Me, you realize something pretty quickly.
Structural racism, systemic racism, institutional racism, white privilege are real, facts. Much of what we assumed was done "for freedom and independence" was done for the freedom to enslave human beings to gather cash crops (e.g. tobacco, sugar, indigo). They are truths written in the blood of peoples who had little self-determination or freedom that Americans prize so highly.

The Nation was founded on blood of enslaved peoples, including Blacks and Indigenous peoples. To claim that is madness, a racial monomania, is proof that the shame and lies that sought to hide the truth from school age children for generations remains. It stains the hands and souls of people who are doing everything they can to hold sacrosanct their enshrined beliefs of manifest destiny.
They are afraid that these self-evident truths will replace their carefully wrought lies. To them, I say, "The truth is nothing to be feared."
To Blacks and Indigenous Peoples who continue in bondage, if not to lies and false histories, due to economic suppression and discrimination, I say, "Continue to share histories of what happened. Let the voices of those that have been suppressed be shouted from the mountaintops. The truth will set you free." 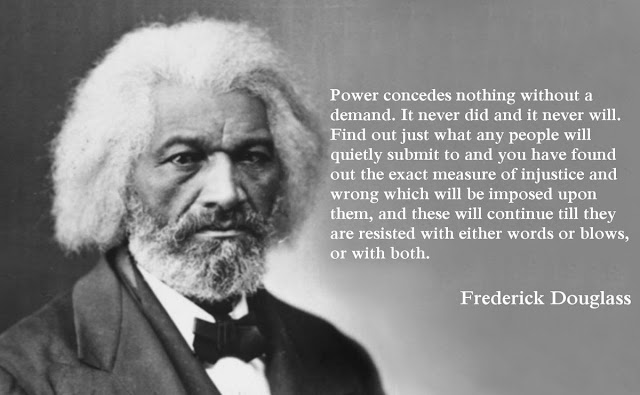 In coming to terms with history, information I never had access to, I have come to question everything. I am swiftly coming to this perspective:

Everything I learned in history class had an agenda. That agenda included covering up the real motivations and reasons for doing things. Those reasons were economic and enslavement of Blacks and Indigenous Peoples was at the heart of it. European nations, and then the United States, continued to enslave people because it was profitable to do so. Religion, including Christianity, are stories relied upon to subjugate the hearts and minds of the enslaved, to keep them in their place. As such, none of it can be believed. Everything must be rejected, and a methodical unearthing and acceptance of the facts is required.

I suspect that those who oppose the accounts found in The 1619 Project do so for a simple reason. To admit that any of it is accurate, truthful, would mean that The American Revolution, The Alamo, and countless other glorious events in the false history of the United States are lies, in part or in whole.

The Fruit of the Tree

To admit the truths, to allow the voices of Blacks and Indigenous Peoples, to be added to the fire of knowledge mean that a contradiction would arise. For me, that contradiction is represented in this quote from Matthew 7:18:

Maybe, a way to end this is with another biblical quote. Matthew 13:13-16.
Everything posted on Miguel Guhlin's blogs/wikis are his personal opinion and do not necessarily represent the views of his employer(s) or its clients. Read Full Disclosure
History The 1619 Project

I forwarded the article to you since I thought Will cited some actual factual contradictions to the assertions of the 1619 project. I definitely agree that he seems to be making his argument an ideological one - but I agree that the 1619 project is also ideological. Seems like a good example of people looking for and finding the facts that support their beliefs.

Thanks for reading the Will article and your thoughtful response.

Happy New Year to you as well.

Miguel Guhlin (@mGuhlin) said…
Thanks, Doug. I'll check out Zim's book. Some of the factual contradictions were clarified by the authors and backed up by research by the time they appeared in the book. You can follow the author on Twitter and learn more about her perspective on how the book has been received vs the news publication.

A year ago, I would have been totally uninformed about all this. That presents a problem for me as an educator, and I'm trying to read more history. It's a shame that it took until I was 50+ to begin to appreciate its value. While that says a lot about me, it also is a reflection on the education (private and public school) I received growing up.