August 06, 2020
"Pooh bear, are you going out this evening?"
"Yes, honey," I replied as I slipped on my black ninja oofas. My wraparound, 2+ reader enhanced sunglasses went over my eyes. It was a scorcher of an evening, the A/C struggling to keep the house cool at 75 degree. I couldn't imagine what the weather would be like outside. As I put my face mask on in the mirror, being sure to cultivate a masked avenger vibe, I reviewed my next steps.
Grabbing a trash bag, I heaved it through the garage to land near the wide opening. The door slid up with a crash and bang, and I crept through the semi-darkness of the garage towards the gaping maw of my garage. As the door into the house slipped closed beside me, I sensed preternatural movement, a scurrying that made the garage floor appear like a writhing sliver of darkness had dropped a tendril onto the hard concrete. I spun in place, grasping a chancla, my black oofa. 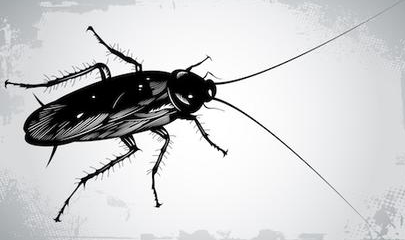 My adversary waved its tentacles, either begging for mercy or saying, "Come on, sucker, I can take you!" A thunderclap sounded as I swung my flat weapon with the strength borne of desperation as the dark tentacled knight leapt into action. A miss. We maneuvered in the twilight of the evening. One of us would not be going home. Or, at least, back to the couch (or under it).
Like a trio of jets breaking the sound barrier in close succession, my chancla struck at him with supersonic speed. One struck home, dazing it. As his tentacles quivered, I edged closer, limping. The battle had left me with only one piece of footwear.
I delivered the coup de grâce, the killing blow that ended my adversary's misery but not embedding his exoskeleton into the firmament. A surgical strike, a mercy killing to a worthy opponent.
As I affixed my footwear, stumbling to continue my chores, I felt the adrenaline dissipating, a slight pain in my groin area. Had the bugger struck an unseen blow, or was it just the exertions of a man called to endure beyond normal? Only a back and body aspirin and time on the couch with a cup of hot tea would decide the question.
Everything posted on Miguel Guhlin's blogs/wikis are his personal opinion and do not necessarily represent the views of his employer(s) or its clients. Read Full Disclosure
Writing