April 25, 2020
Alas, my Microsoft Surfacebook (the original), one of the best machines I've owned in years, has started to get yellow splotches on the screen (see image below). So, I said, I'll keep using it until it dies. But then I read the Microsoft website.


If within 3 years of purchase, Microsoft has been replacing these where the battery swelling has caused the screen to separate free of charge. If you are in the US, you should go to the closest physical retail Microsoft Store https://www.microsoft.com/en-us/store/locations/find-a-store - outside the US, contact support https://support.microsoft.com/en-us/help/4051701/global-customer-service-phone-numbers.

If the screen has separated, it is NOT safe to use this device while plugged into AC.


Anyways, I'm way past warranty and time to look for alternatives. I found quite a few laptops (e.g. Alienware from Newegg was one possible winner) I would love to own, but none of them are free.

Here's a hint of what I ended up doing:

A quick look back. I remember the first time I saw a Microsoft SurfaceBook.  I have to admit, it had me at hello. It was such a beautiful machine, well-designed and put to shame my Macbook Air (which was my favorite machine before Apple ruined them).

When I had the chance, I bought a SurfaceBook (prob back in early 2016) since I'd need a portable laptop for my new position at the time. It did everything I asked of it, including run GNU/Linux alongside Windows 10.

But then, the yellow tinted splotches turned up. They look like what you see below and in the same place:

Since the yellow splotches turned up, I had considered buying a new laptop, perhaps a Dell Alienware, when my wife pointed out it was the start of a pandemic. I might need to invest precious funding in who knows what (e.g. kids in college, whatever) or toilet paper to trade for survival if the situation worsens. 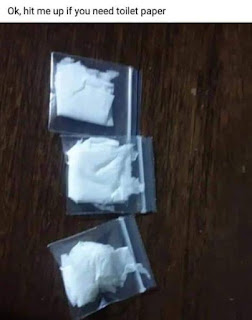 So, I took a long hard look at a Dell laptop (AMD A6) that's now worth $250 on Amazon. I had paid twice that when I bought it way back when, so I should be grateful it has some value (although I wouldn't pay $250 for it now). It doesn't run Windows 10, and Windows 8 was questionable.

Given that it was headed for the trash heap, I decided to wipe Windows completely off, repartition, and load Bunsen Labs GNU/Linux (Debian). Wow, what a difference. I mean, it's not slow. In fact, it's snappier running GNU/Linux than my Surfacebook is doing the same. Obviously, it can't compete on Windows 10, but with Bunsen Labs, it's a new lease on life.


I'm happy to report that this 2014 laptop (er, that's SIX YEARS OLD, well into OBSOLETE STAGE for a laptop) does 95% of what I need it to do. It's feels like an i5 processor in terms of speed, 8 gigs of RAM, 1 TB hard drive, and Bunsen Labs simply flies on it. That is definitely to Bunsen Labs GNU/Linux credit. Kudos to them. 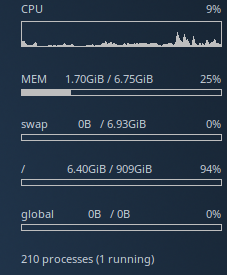 A bit more about the obsolete laptop:

After a quick inventory of what I need a home computer to do during pandemic, it boiled down to this software:

Although I did have to load a few interesting things, the Bunsen Labs GNU/Linux loaded and runs quite fast. It really is a whole new computer.

Some of the software I loaded onto it include:

In spite of great success, I did encounter three two disappointments.

The first is that GNU/Linux was unable to run my favorite writing program, Hemingway Editor 3. I paid $20 for the Windows version but they do not have a GNU/Linux version so I'm stuck unless I want to use the web version (ugh). That say, if you need help writing, do check it out. Worth every penny. Before you ask, I tried WINE, WINEtricks, Play On Linux, and CrossOver. Some got close but failed everytime.

UPDATED 04/27/2020
The second disappointment big success was Overgrive. Overgrive (<$5 purchase, worth it) enables synching of Google Drive. This is a BIG deal for me since I also use Joplin notes to keep track of stuff and it syncs to Drive. Overgrive failed in my first attempt but once I got AppImage working (see above), I was able to get the Overgrive App Image version and it's working beautifully. Wow.

The third disappointment is the built-in webcam. It results in quite a grainy image and shows it's age. Not much I can do about that, but fortunately, I don't use my webcam much when using Zoom or Meet. I checked with friends, and they can't tell the difference, so it's not a big deal.

This laptop saved me a $1400+ purchase of a new laptop, cost me about 2 hours of setup time. While yeah, I would have liked a new laptop, this one appears to be able to do 95% of what I need it to at home.