September 19, 2019
This blog entry continues the sharing of my notes and takeaways from Marc Tucker's book, Leading High-Performance School Systems. Check out the series to see what has come before. 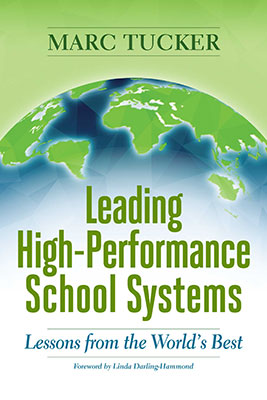 My Notes on Chapters 3

The rest of this chapter presents various "planning systems" or processes. I found it interesting but not too helpful. I was, of course, looking for a formula to planning. In that regard, it was a disappointment. There was no blueprint in Chapter 3. Sigh. Maybe that's part of the point but the sky can only fall so many chapters before some kind of solid recommendation is made.

Note: The following was part of another blog entry. After reading it, and revising the blog entry a bit, it doesn't fit. So, I'm dumping it here.


Marc Tucker makes some interesting points that challenge the idea of effect sizes and instructional strategies in isolation:

The typical approach to research on innovations in the U.S. is to use statistical techniques to isolate the effects of a particular innovation on some variable of interest, usually student performance.

That might work if we were talking about techniques for teaching students how to decode an English sentence, but officials who run whole education systems are not interested in copying any other system.


A research model that is designed to specify a model an adopter is supposed to copy whole hog will not work. Source: Marc Tucker as cited here