March 08, 2019
In education, it's difficult to imagine being rude. It's unprofessional. Yet, sometimes, we need to be direct, to say the hard thing. Too many tools in your toolbox can be just a  jumble of junk. 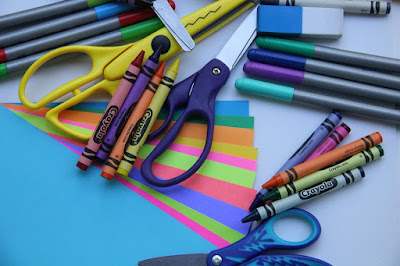 
Microsoft Office and Google Drive are both amazing tools. For the most part they both do very similar things… word processing documents, multimedia slideshows, and spreadsheets. However there are certain things Office does that Drive does not, and there are things Drive does that Office does not.

They are both tools, like a hammer and a screwdriver. The key is to know which tool to use in which situation to make the best use of the resources you have available. Thankfully with the options described above, it is not an "either/or" situation. You and your students can benefit from both suites, and Office and Drive can live and work in harmony. Source: Eric Curts, How Google Drive and MS Office Can Live Together in Harmony

I disagree with this perspective. While we live in a tech-rich world, there is a problem with too much of anything. I've seen it firsthand many a time, experienced it myself. It happens when you seek to provide a wide variety of technology tools to education staff (e.g. teachers, administrators). You may think it's the right thing to do, but the truth is, you've introduced unnecessary complexity. Consider the iPod and its success.

Before I share the story that brought all this to mind, allow me to mention a solution I use EVERY DAY that is incredible and reliable. CloudHQ.net.

Need to Migrate Content from One Drive to Another? Use CloudHQ.net

Just recommended @cloudHQ_net to a colleague as an amazing tool to migrate #GSuiteEDU files to @MicrosoftEDU OneDrive, or vice versa. Learn more about it here . What are you using to move/copy content from one virtual storage box to another?

The way I use CloudHQ is to backup my G Suite EDU account to my own personal Google Drive or Google One. This really is great because I never have to worry what's going to happen to "my data." What's even more powerful, though is that I am able to move data from G Suite or Drive to any variety of virtual spaces...and that effort is automated so I don't have to mind it the entire time!

Give Cloud HQ.net a try!

A FAKE STORY BASED ON A TRUE STORY

"You won't believe what just happened," said a friend over the phone earlier this week.
"What?" I asked.
"I walked into my office and was told we were switching from G Suite EDU to Microsoft Office 365. Just like that."
"Well," I started, "what kind of devices do you have?"
"We just went one to one with Chromebooks in five different grade levels. So now I need to learn everything I can about Microsoft Office 365."

What does this prove? It goes to show that you can still have a dictatorial, top down decision-maker suddenly decide to move everyone from one ecosystem to another, no matter the current investment. Sure, they have the power to do it. But not involving stakeholders, bringing people together to talk about it...what's up with that?

The problem in this story isn't that there is a switch from Google to Microsoft. The switch could just as well be Microsoft to Google, or Google to Apple. The problem is HOW this decision was arrived at.

This blog entry, Asking These 5 Questions Will Instantly Reveal What Employees Think of Their Manager, suggests that employees quit their managers. Let's take a look at the 5 questions through the lens of this situation.

Question 1: Do you feel valued at work?
Having real engagement with your team means listening to them, changing course even when it goes against what you think is right. I still remember the time when my team said they wanted one MDM solution, and I, of course, was sold on another. I emphasized to them that I would hold them accountable (well, I was in this as well) for this decision, but if they were sure they were right, I was going to support their decision.

In our story above, the instructional technology coaches who had been working side by side with classroom teachers didn't find out until AFTER some guy on high had made the call. Do you think those coaches, those classroom teachers, students stuck with Chromebooks when they are now switching to something else, are feeling valued? Of course not. How could this have been handled better?

Question 2: Hypothetically, if you were to quit tomorrow, what would your reason be?

I've had the opportunity to quit leaders who didn't do the right thing. Or rather, they did the wrong thing to colleagues. I still remember with some disappointment watching a new superintendent begin to systematically ignore and push out the old guard. The old guard wasn't bad, they were eager to do the right thing but the new guy wants his guys, not the previous superintendent's guys. And, so, out went a whole team of great folks.

In this story, I suppose the reason would be a lack of communication and a failure to bring stakeholders together to make a decision that affects everyone in the organization. This, of course, includes both teachers who have been working hard to learn and teach inside an ecosystem and the students.

Question 3: Do you feel like the management team here is transparent?

Wow, this is a tough one, right? When you're doing the wrong thing, treating team members like dirt, or disposable cogs in a machine that only you know what is happening, then transparency is anathema to your efforts as a boss. 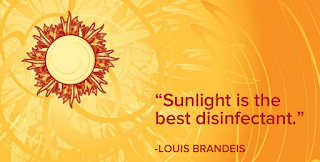 Unfortunately, when a boss acts unilaterally, s/he is not transparent. We can only detect the evil that is done through its effect on people. What effect will there be in this situation where one person made a decision to push people from one ecosystem to another for unknown reasons?

Question 4: On a scale of 1 to 10, how comfortable do you feel giving upwards feedback to your supervisor?

This is an incredible question. I suspect that offering feedback back up the chain is not allowed. Some supervisors can accept valid criticism, then choose to proceed anyways. Allow me a moment to revisit Crucial Conversations, who assert that there are four ways to make decisions:


Most of us assume that a consult, vote, or consensus will be the approach. But there are times when command is appropriate. What goes wrong is when command is masked as one of the other approaches. In this mode, command is only justified when:


“Let’s start with decisions that are made with no involvement whatsoever.  This happens in one of two ways.  Either outside forces place demands on us (demands that leave us no wiggle room), or we turn decisions over to others and then follow their lead.  We don’t care enough to be involved – let someone else do the work.”

What some supervisors do is to cite outside forces. These imaginary outside forces make it impossible for the supervisor to do anything but do what s/he has decided to do. While these forces do exist, I would never use this rationale to justify a command decision UNLESS one was completely transparent about it.

My favorite story is a superintendent who adopted a curriculum delivery system for the District. Several hundred thousand dollars spent, and no one knew about it until components started to show up in the district's schools. In that case, it was easy to say, "Student achievement made me do it. We had a dire need and this is the solution." As time would show, it wasn't. But the superintendent did get some nice perks out of it (e.g. cruise ship trip, a consulting job afterwards). Where's the FBI when you need them? (don't bother, this happened over a decade ago).

For the story about shifting ecosystems, it's obvious a command decision was made without any discussion whatsoever. This raises the question, "What was in it for the decision-maker?"

Question 5: Do you feel like coworkers give each other respect here?

In a private, religious school, you would expect some respect, a culture of trust would be cultivated. However, some world views are a bit more patriarch oriented. You know, the old George Lakoff frame of, "Father knows best, and Mom and kids (staff, students, community) need to just do what they're told." 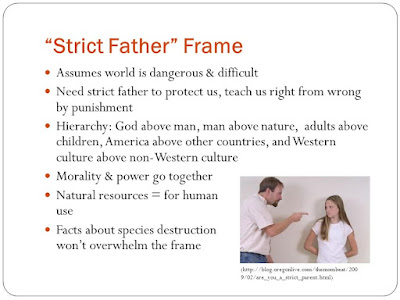 It's possible that the decision-maker is working from a frame where father knows best. This could be true in a religious, conservative setting (this one is Protestant but I can see it in Catholics, too).

Of course, there are no final thoughts. The truth is, Google or Microsoft doesn't matter. What does matter is how a school or district make their decisions.