"Can you lock down the computers even more? The kids are using Firefox to bypass content filters. Oh, and can you turn off the internet on the iPads? We just want them to use the apps on the iPad."

"You do know what the "i" in iPad represents, right?" 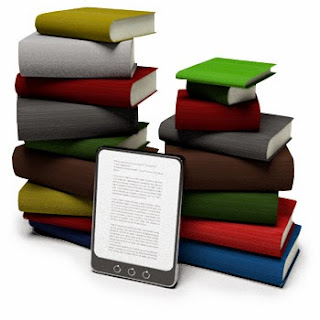 This conversation came to mind when I reflected on Doug "Blue Skunk" Johnson's blog entry, Let's Go Back to Bubble-Sheets. Doug captures the feeling I had when trying to respond to the request a campus administrator shared:


While I love technology for many reasons and for many things, I do not think technology is the answer to every task...Testing may be one of those situations where analog just makes more sense than digital - assuming this amount and kind of testing actually makes any sense at all.

If you're going to lock machines down to the point they can't be used in ways that foster creativity, collaboration, communication, and critical thinking (4Cs, right?), why not go back to paper-n-pencil approaches? I mean, you could use problem-based learning approaches that engage students without technology. The students won't learn what they need to survive in the present and future, but hey, at least you won't have to deal with inappropriate usage on the technology.

Hmm...some times, technology isn't the answer...it's the unanswered question, Can we teach and learn without technology? What's wrong with that?

Imagine this story from a school point of view:


American Airlines was forced to delay multiple flights on Tuesday night after theiPad app used by pilots crashed.
Introduced in 2013, the cockpit iPads are used as an “electronic flight bag”, replacing 16kg (35lb) of paper manuals which pilots are typically required to carry on flights. They are used to distribute information such as flight plans throughout the airline’s fleet. (Source: The Guardian)


School districts across America were forced to delay learning on Tuesday after the mobile device app that facilitates real-time learning--also known as the 4Cs of communication, collaboration, critical thinking and creativity--refused to start. Introduced in 2015, the Pearson app, replaced teachers as the primary mode of instructional delivery (they were just worksheet pushers, but the app offered Youtube videos on every subject imaginable with interactive, peer to peer dialogues).