- April 13, 2015
Done a search on Instagram or other social media sites and found your school districts or school represented inappropriately? If so, you're not alone! My own children use Instagram avidly as THE site to share images, connect and interact via social media. Twitter, Facebook...not so much.


According to Nielsen, for example, Instagram is the top photography site among teens ages 12 to 17, with 1 million teens visiting the site during July. Nielsen doesn't categorize Instagram as a social network. While Flickr was top photo site for the overall population in July, Instagram was the favorite among teens, Nielsen found. (Source: CNET) 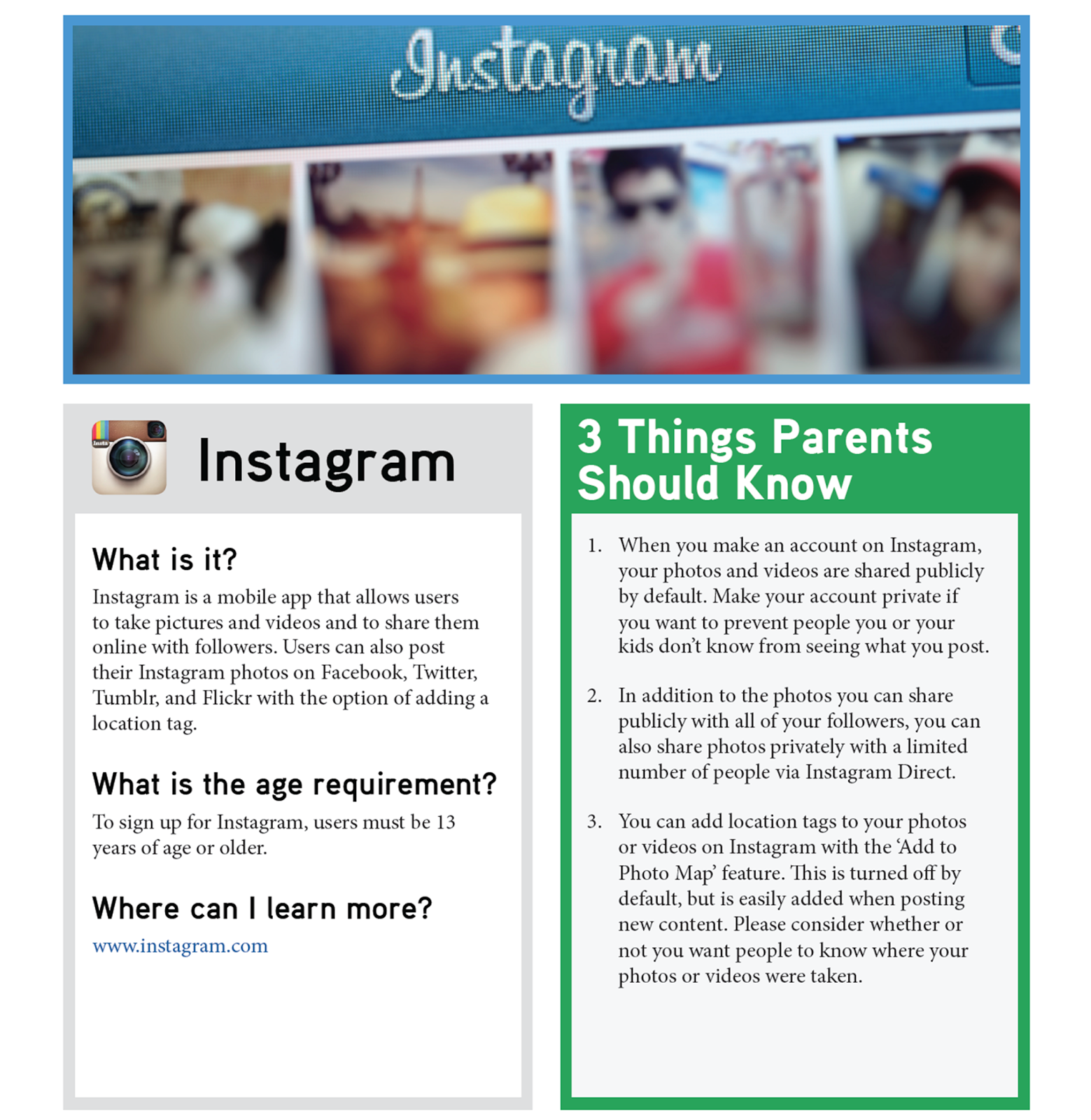 It should come as no surprise that students are launching attacks on school district systems and coordinating those attacks using social media. Other bad things are happening too:

Consider this District Administration article on Defending Data Security (April, 2015); MyNotes from the article include the following:

YouTube boasts an impressive array of information on topics...are we surprised that high school students, like those in Illinois, are ready and able to take schools out with denial of service?

District Feedback: "We use an Exinda system to throw away malformed packets as well as recognize and then ignore large amounts of traffic emanating from one or multiple IP addresses towards another.  We also block all unnecessary ports. This might tell me who if they are anonymous but it will stop the attack. Or at least it has stopped all so far."

***
"We rely on SolarWinds in lieu of Exinda, but the result is similar."

Some are offering sessions like the one to be held in Georgetown, Texas, focused on Investigative Techniques Using Social Networking Sites. Some of the topics, which you can explore in the flyer below, include Linux and data forensics type topics. No doubt, users will leave with free copies of digital forensics tools on ISOs loaded on USB/compact discs. I wonder which of the many they will recommend! 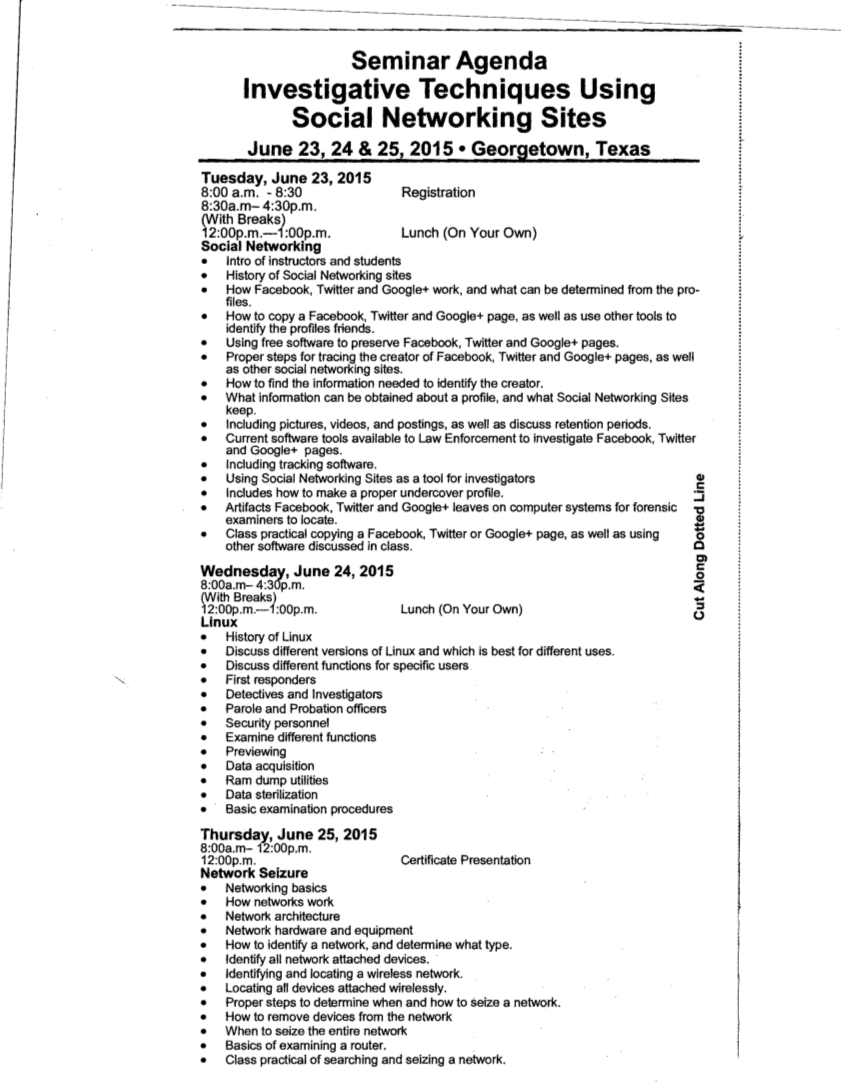 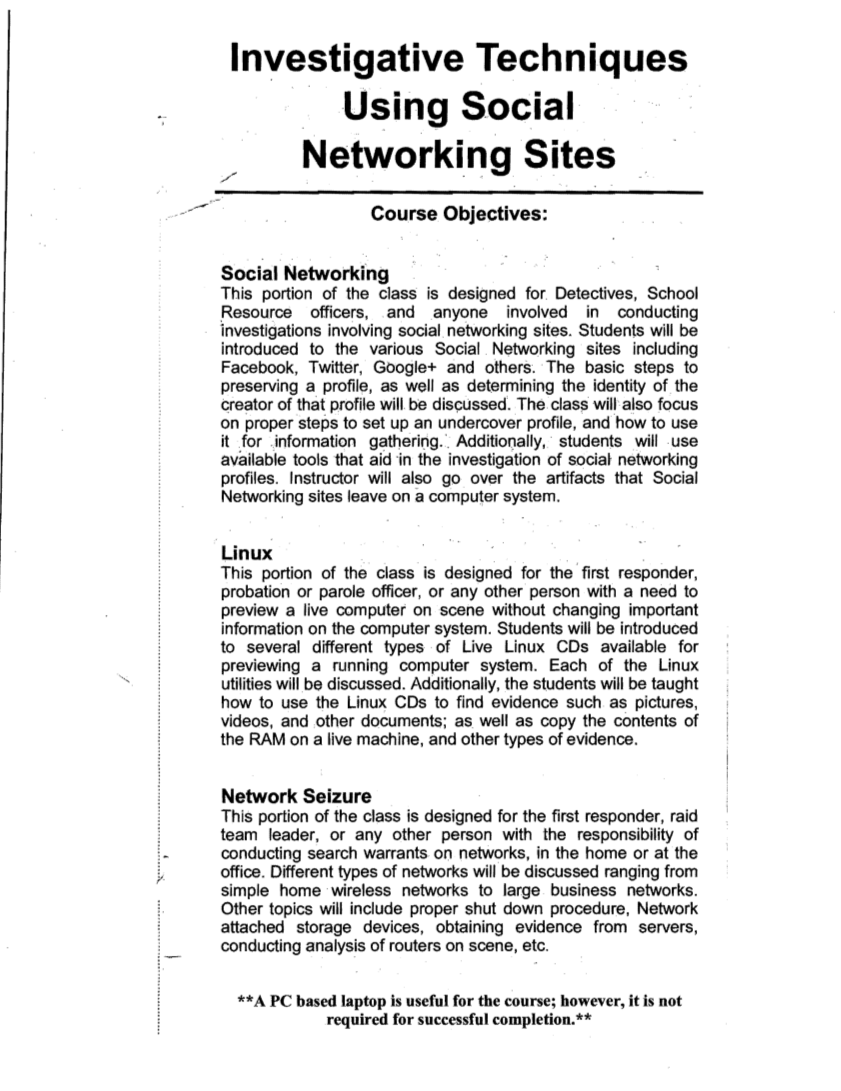 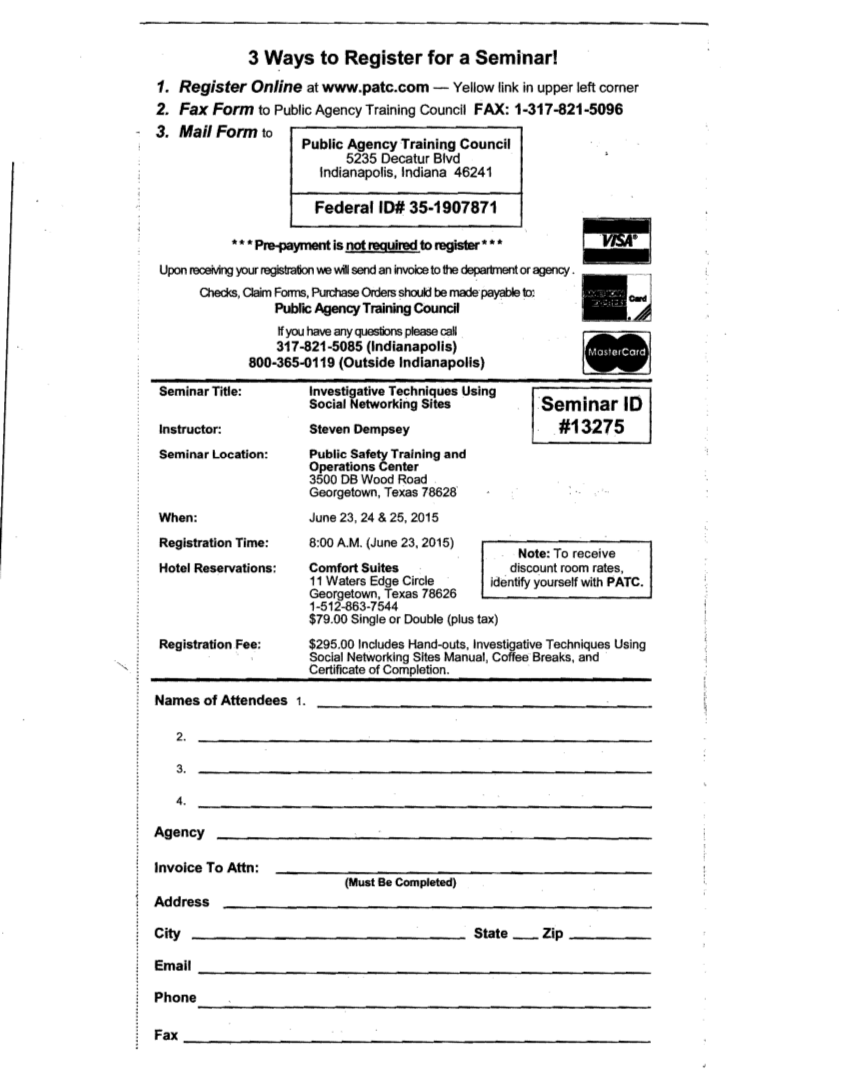