Before we get to the two announcements, you may want to review these neat links:


Ok, on to the two exciting announcements out that expand support for Chromebook, especially in school settings:

1) Istation app for Chromebook is now out!
After waiting, what seems forever, schools can now rely on Chromebooks for Istation, a key component of the TexasSuccess.org initiative. In addition to testing the app on my Chromebook, I also tested it on my UbuntuLinux machine and it appeared to work well! So, this opens up some possibilities for GNU/Linux machines.


Note: Thanks to feedback from colleague Marguerite Lowak, it appears that as of 10:49am on 1/28/15, the app was not available to GoogleAdmins. In her phone conversation with them, they reported they would be making the app available in the Google Panel by end of day 1/28 or by morning of 1/29/2015.


Please be aware of this press release--which includes the link to the Chromebook app--for the Istation app for Chromebooks (but it also works on regular computers running Chrome (it appears to work on GNU/Linux computers, too!)):

UPDATE 01/29/2015: Think Through Math in paragraph below... Please note that I included Think Through Math in the paragraph below, but I should have left it out! I do reflect TTM compatibility in the Chromebook Compatibility Chart, and can't think why I said it wasn't! My thanks to readers who pointed it out. Both TexasSuccess.org programs--Istation and ThinkThroughMath--now work on Chromebooks!

Now, if only Think Through Math, Pearson's TestNAV could also be allowed to work on Chromebooks in Texas, Google's domination of the tool of choice in schools would be complete. Many school districts are making the transition in their 1 to 1 programs from iPads to Chromebooks, a fact reflected in Chromebook sales (uh, wait, where's my supporting links?). 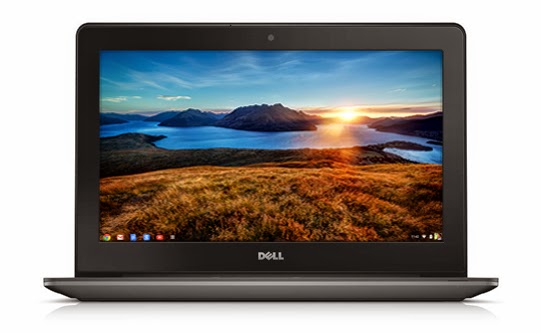 
Dell has announced an upgrade to its Kace 1000 Systems Management Appliance, version 6.3 delivering "first-to-market systems management support of Chromebook", along with agentless inventory of Windows servers plus agentless discovery and asset management of connected non-PC devices such as printers and projectors.

It's hard to imagine how else Chromebooks could be made easier to manage, but according to the article linked above, the following is true:


With the version 6.3 software, the K1000 will extract Chromebook data that's currently made available by Google (see screenshot above), allowing the appliance to perform day-to-day management tasks like hardware inventory, reporting and service desk functions.

View my Flipboard Magazine.
Make Donations via PayPal below:

Matt said…
Did you do anything special to get iStation App to run on linux? I'm trying to test it out on LinuxMint, but it gets stuck at the iStation Copyright screen.
March 30, 2015 at 12:54 PM