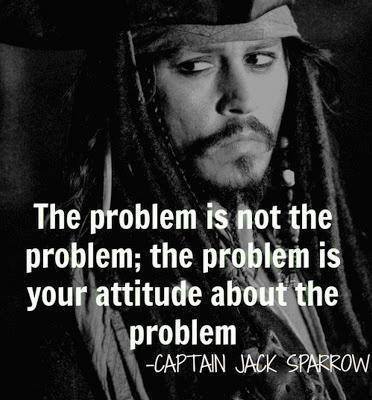 Quite a few years ago (Translation: When I was young, stupid, and thought exploding bridges was OK), I remember being in a contentious conversation with a dear work colleague who later became one of my best supervisors (you know who you are).

We'd been arguing vociferously, albeit politely since even in the midst of disagreement we had great affection for one another, and I remember leaving her office quite cross. Yes, I will use the word "cross" because angry suggests a deeper level of emotion that wasn't present. The crossness came from the disappointment in a course of action taken (or not, I don't remember frankly).

In a short time, I came to my senses. I realized that this was a relationship I did not want to "explode" or destroy. The work-related issue was simply NOT worth "writing the relationship off." And, at that moment, I realized an important lesson.

Nothing at work, in America, unless there's violation of deep mores or folkways, is worth destroying a relationship to prove a point or win an argument. When two individuals are deeply committed to the goals of the organization, but headed in opposite directions and neither is smart enough to step back and figure out an over-arching mandate that compels them, the relationship remains.

These days, as an administrator who actually mines for conflict in relationships even though he is conflict-averse, I'm struck by the truth of what the real problem is...our attitudes about the problems we encounter. We may have an unending supply of problems, but the relationships...ahh, those are incredibly precious.

Update the Day After: Reflecting on this post, I realized that I'd just gone through a similar situation. I'd like to think I handled it better, but it was just as messy but in different ways. When mucking around in human emotion, just like your innards, it's hard to keep some blood from splattering. That's why the relationship is all important...it is the bond that keeps the pain from becoming the defining factor.

Another way of thinking about it, we have a teacup poodle ("Prancer" because he, well, prances when he walks) that sometimes manages to get into situations. When we work to extricate him from that situation, pain results for him but he doesn't snap at us or bite us. He trusts us to do the work that helps him. There are times, though, when he does snap. And, who can blame him for it?


Make Donations via PayPal below: