Having Fun with Crunchbang Linux #!

March 30, 2014
Since I get bored from time to time, I decided to reimage my machine at home with a copy of Crunchbang Linux, a light-weight Debian distro that comes preloaded with lots of scripts to make installs easy: 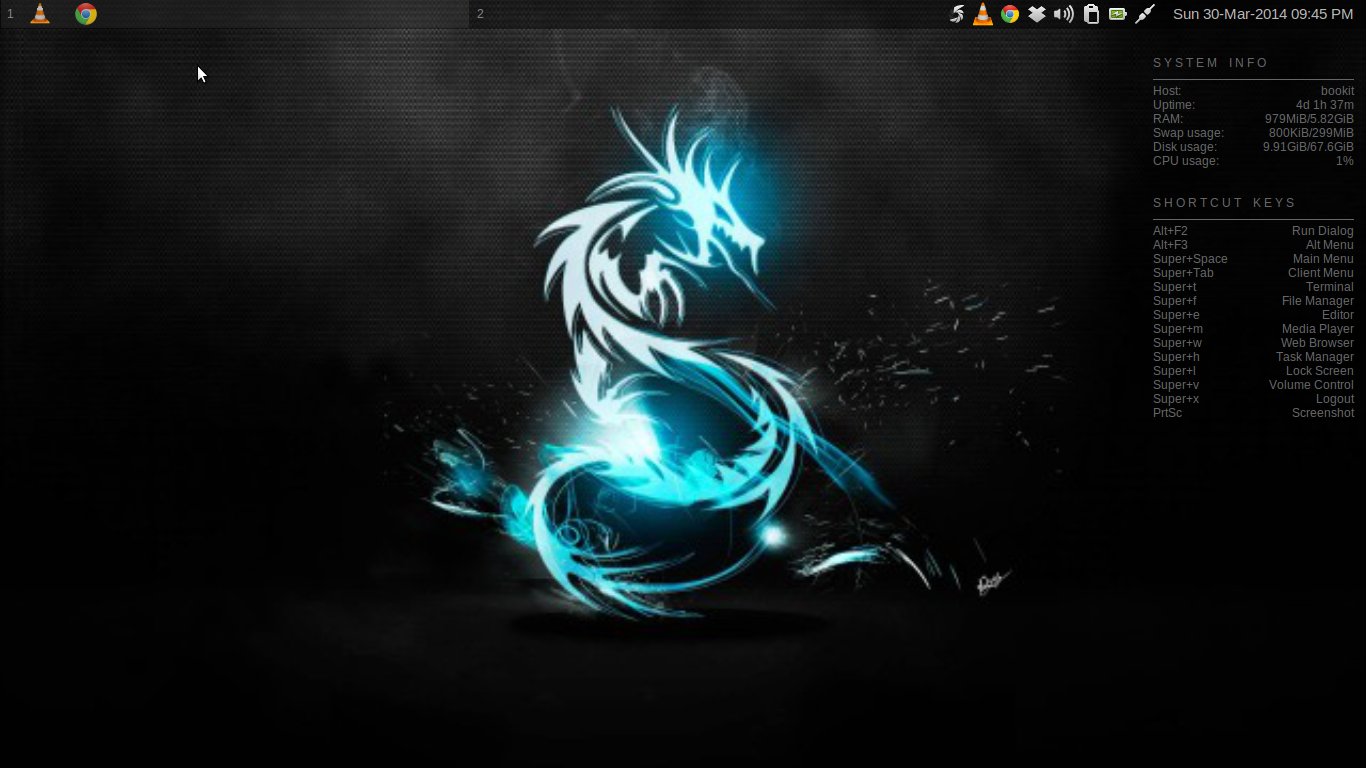 While PeppermintOS.com remains my favorite distro, I have to confess a certain fondness for #! (Crunchbang's way of referring to itself) since OpenBox menu system is so unobtrusive. Playing around with a "new" distro always is fun because it lets me do the same old things in new ways.


CrunchBang is a Debian GNU/Linux based distribution offering a great blend of speed, style and substance. Using the nimble Openbox window manager, it is highly customisable and provides a modern, full-featured GNU/Linux system without sacrificing performance.
The primary aim of the CrunchBang project is to produce a stable distribution offering the best possible out-of-the-box Openbox experience. To achieve this goal, CrunchBang pulls many base packages directly from Debian's repositories, which are well-known for providing stable and secure software. Packages from CrunchBang's own repositories are then customised and pinned to the system to produce what is known as the CrunchBang distro.

For example, in lieu of the clunky Thunderbird, I have IceDove (which you can't even install on Peppermint or Ubuntu-based distros). I greatly prefer it to Thunderbird.


View my Flipboard Magazine. Make Donations via PayPal below: