August 23, 2013
In a blog entry--Are We Building Google Loyalty In Our Students?--responding to my assertions regarding Government's over-eager gulps of American privacy to fuel itself, Doug "Blue Skunk" Johnson focuses on GoogleApps for schools instead of the real privacy issue:

I was a bit taken aback by one assertion Miguel made. Despite my quoting from the GoogleApps for Education privacy policy, he wrote:
There is NO assurance of privacy with this product that is available at no cost for schools and raising it only suggests that Doug's real aim may be to excuse K-12 institutions from the guilt of exposing children and staff to Google products in such a way as to ensure their continued usage at a later date (for students, when they are older and for adults to use what they are most comfortable with). Even so, there is no assurance of privacy since this is for WORK purposes and is irrelevant to personal use.

Why care about GoogleApps? It's offering a free, excellent service to schools that may indoctrinate children who aren't employing the Big6 info-problem-solving strategies, critical thinking, etc.

GOOGLEAPPS FOR EDUCATION AND PRIVACYGoogleApps for Education users have no assurance of privacy because it is used in a work setting. Most work settings eschew privacy for employee/student emails because they are the email service provider and have admin rights. This is not Google's fault, but rather, a long-established practice by employers.That's why there is no assurance of privacy, a perspective that has been known for some time:

If you are emailing to and from your work email address, then that address is probably your employer's property, not yours. Odds are, your employer put some sort of notice and consent to monitoring your email in your handbook, contract, or even your job application. While the Electronic Communications Privacy Act provides some protection, there are too many loopholes. . .Never email your lawyer from your work email; you might waive attorney-client privilege if you do. (Source:Can Your Boss Read Your Email? and countless other articles)

Many school districts actually archive GoogleMail (gmail) for this exact purpose and anyone who uses their work gmail account--or GoogleApps for Education services--has NO expectation of privacy from their employer. And, there's nothing wrong with that. That is legal and long-established. 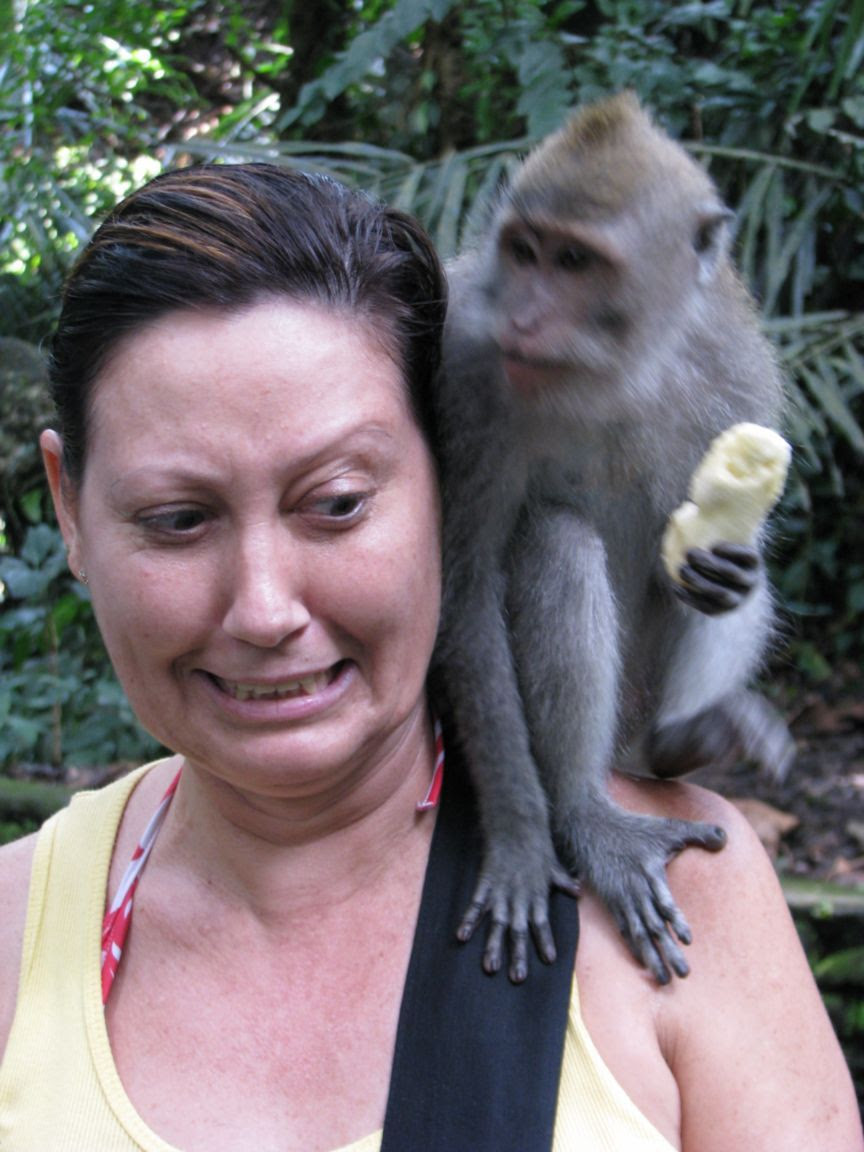 Let's be clear--GoogleApps for Schools provides valuable, free services to K-16. It is unfortunate that the NSA has clambered upon Google's back, a monkey grabbing for tasty morsels of American's privacy.

Unlike the free Gmail used by millions of consumers, corporate Gmail accounts cost money and offer greater privacy protections. But that protection is not complete, and the move could leave Times reporters and their sources with fewer legal protections if they are the subject of a government investigation. (Source:Fourth Amendment)

But what happens when "personal" email is invaded simply by The Government of the people, for the people?

“If ye love wealth better than liberty, the tranquility of servitude better than the animating contest of freedom, go home from us in peace. We ask not your counsels or arms. Crouch down and lick the hands which feed you. May your chains set lightly upon you, and may posterity forget that ye were our countrymen.” ― Samuel Adams

PERSONAL GMAILIn regards to personal Gmail, there is no assurance of privacy there either, especially with the NSA is poring over gmails as well. However, it's not the same situation as GoogleApps.While I may be OK with Gmail skimming my emails--which should be considered the equivalent of a digital postcard--I have serious reservations about the Government doing so...even if it is legal:

Acknowledging that the law is unclear on the question of whether and to what extent the Fourth Amendment protects Internet communications, Mosman ties his decision to Google's privacy policy, which makes clear that Gmail users have no expectation of privacy, he concludes. (Source: Email not protected by 4th Amendment)

the government can obtain this information even though there is no law enforcement rationale or component. Inter alia, this means (based on the 1979 decision) that the government can make whatever use of the information it wants, including disclosing the information collected. In the same manner, Google could (not that it would) disclose to the public that a certain individual, business, or organization is often in contact with X, Y or Z or that it purchases A, B, or C, etc. Or Google could turn this information over to the government, no warrant needed.
In short, the trend in court decisions is leaving individual protection by the wayside. The same holds true for government actions in spying on citizens and for corporate actors doing the same thing. All of this leaves the intent of the Fourth Amendment in the dust, a casualty of modernity and of the misappropriation of our rights and freedoms. The bottom line is that democracy itself is under threat if the right to privacy is disregarded. (Source: Huffington Post, Destroying the 4th Amendment)

Now, don't get me wrong, I'm not a gun-totin' Waco guy watching out for the ATF. That's why this is so darn shocking...we need to change our laws to protect our "digital property."Consider these points:

"If you have a webmail email account, like Gmail or Hotmail, you know that if you open up your email program, you will get a screenshot of some number of emails that are sitting in your inbox, the official said.
"Those are all transmitted across the internet as one communication. For technological reasons, the NSA was not capable of breaking those down, and still is not capable, of breaking those down into their individual [email] components."
"NSA has acquired, is acquiring, and if the certifications and procedures now before the Court is approved, will continue to acquire, tens of thousands of wholly domestic communications," Bates wrote in his ruling. (Source: The Guardian, 08/21/2013)

Whatever happened to Supreme Court Justice Brandeis' perspective in terms of  government monitoring?

Supreme Court Justice Louis D. Brandeis once said "Sunshine is the best disinfectant," and that's more true than ever today. Think of the blogosphere as millions of intelligent agents, all of whom are busy redirecting sunshine to where its needed most.Source: via BubbleMeter

Doug's blog, like mine, is focused on education. If Google were to take all our emails and post them for download on a search engine, it would offend less than the Government's National Security Agency scrutinizing without lawful warrant the correspondence of American citizens.FINALLY, in regards to the argument that introducing students to GoogleApps as youths, it may be asserted--as it was with Microsoft buy-in among K-12 users--that they will be Google users when older. This is an old argument and increases the need for helping students become critical thinkers and digital citizens that know how to secure their online communications. But it is such a tired argument that we might as well assume that all students in iPad classrooms will grow up to be Apple consumers.I have more faith in our children...they'll choose what their peer group decides, and that will probably be what distinguishes them from their parents.One should worry more about privacy within the context of the 9 Elements of Digital Citizenship, which, as Dr. Mike Ribble points out:

9.   Digital Security (self-protection):   electronic precautions to guarantee safety. In any society, there are individuals who steal, deface, or disrupt other people. The same is true for the digital community. It is not enough to trust other members in the community for our own safety. In our own homes, we put locks on our doors and fire alarms in our houses to provide some level of protection. The same must be true for the digital security. We need to have virus protection, backups of data, and surge control of our equipment. As responsible citizens, we must protect our information from outside forces that might cause disruption or harm.

Who would have thought the "outside forces" would be the Government that presumes to tax and spy on us? 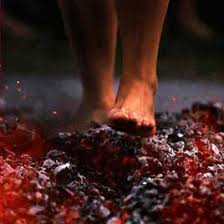 (P.S. Doug, I thought you could dance on coals, not get raked over them)

I don't dance on coals (but I've been known to walk on water - especially here in MN in January).

I am still not understanding why/how Google was singled out as a co-consipirator with to violate your freedoms. But you are free, despite Google, to use whatever services you choose.

Any acknowledgement from you black helicopter conspiracy theorists that some of this communication surveillance just may have thwarted a few terrorist attacks?