While Carl Hooker has characterized "app smashing" efforts he has ongoing with a few folks as "App Smashers Fight Club," and identified a series of rules, I regret that I didn't quite understand it all. That may be because I haven't seen Fight Club since the premise didn't really connect with me.

That said, as my twitter account has been inundated by a flood of creative tweets and products from fellow app smashers, I have begun to catch the gist of what's involved. As a result, I found myself perceiving the app smashing going on less as a "fight club" defined by rules and more of musicians jamming out for fun. Of course, I don't play a musical instrument myself so can only intuit what this is like.

I'm reminded of the movie, That Thing You Do, that features a drummer ("Guy 'Shades' Patterson" played by actor Tom Everett Scott) jamming with fellow musician great, Dell Paxton. I identify with the drummer, someone who's not quite there finding himself playing with the greats.

"Can I jam with you a bit?" Dell Paxton asks Guy. Here's the video clip:


What's neat about app smashing projects being shared on Twitter is that we're all sharing app smashing jam. Why don't you join in? 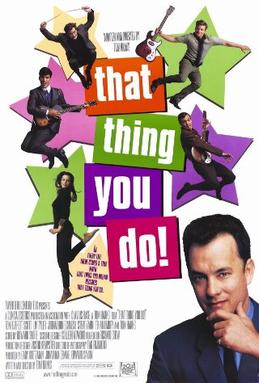 In the meantime, here are a few of the products I've seen slip by in my Twitter stream...I hope there will be more to come:


I'm looking forward to making shorter ones (my first entry was way too long) and seeing what others have to share!
Check out Miguel's Workshop Materials online at http://mglearns.wikispaces.com