Note: Later this week, I'll have the opportunity to share some ideas inspired by app smashing concept...and share some of my favorite apps! Here's a draft of what I have in mind. 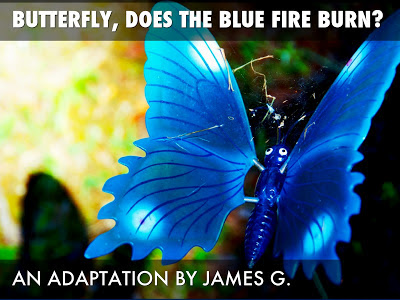 Becoming an App Smasher!
Definition of App Smashing: "The process of using multiple apps in conjunction with one another to complete a final task or project."


Today's Learning Goal: Create an app smashing activity that you can share.

Background for Fellow Learners:
In his book,  Rose, Where Did You Get that Red?, Kenneth Koch writes:
When I became interested in teaching a particular poem, I would look for a poetry idea to go with it, such as for the Blake class, “Imagine you are talking to a mysterious and beautiful creature and you can speak its secret language, and you can ask it anything you want.” The poetry idea, as I’ve said, was to give the students a way to experience, while writing, some of the main ideas and feelings in the poem we were studying. . . .

End Result - Begin with the end in mind. Describe what the end product will look like.
Students will create a poem in response to idea that Koch shares: Imagine you are talking to a mysterious and beautiful creature and you can speak its secret language, and you can ask it anything you want.”

Apps Smashed - Make a list of apps you will be smashing.

SAMR
Where would this activity fall on the SAMR? I suspect, it's a simple augmentation with a slight step into modification. What do you think?