December 11, 2012
Update: The issue mentioned in this blog entry has been fixed!! Thanks, Zite, for being so responsive! 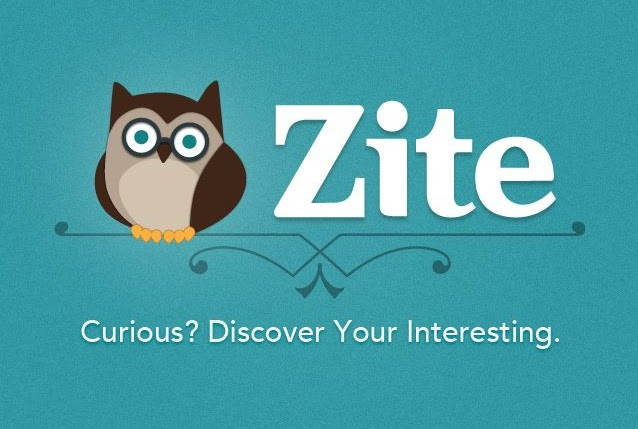 Zite may have over-simplified some of its interface and eliminated one of the most important aspects--how it shares via Evernote. Make no mistakes, Zite allows for various ways to share content online via social media, but it dropped the ball with Evernote.


In the old Zite, you could share an article and drop it into a notebook at the same time using Evernote's traditional screen: 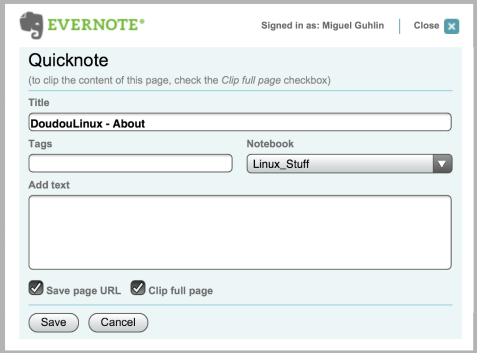 Notice the option of choosing the Notebook appears in the screenshot above. This screen was present in Zite, but is no longer available in Zite 2.0.

In the new Zite, you only get the option of sharing it directly to Evernote...that means, the article goes straight into whatever your default folder (e.g. Weblinks) is on Evernote. To engage in content curation on Zite 2.0, you have to first share to Evernote, then go to Evernote and sort your recent saves into notebooks. Argh. 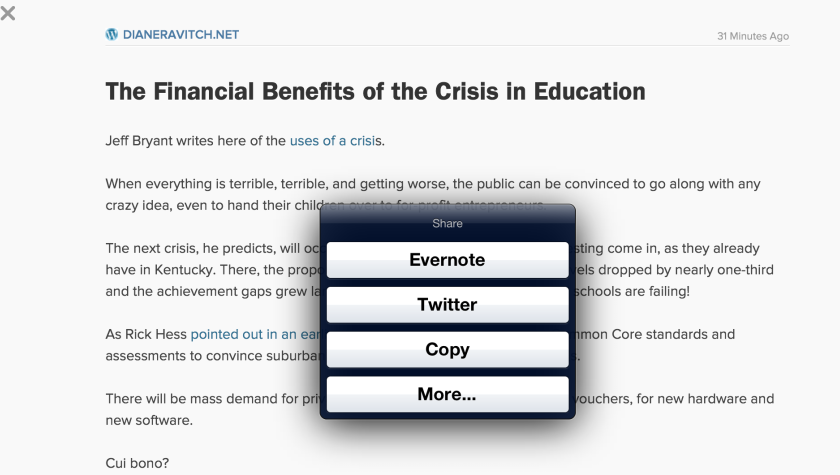 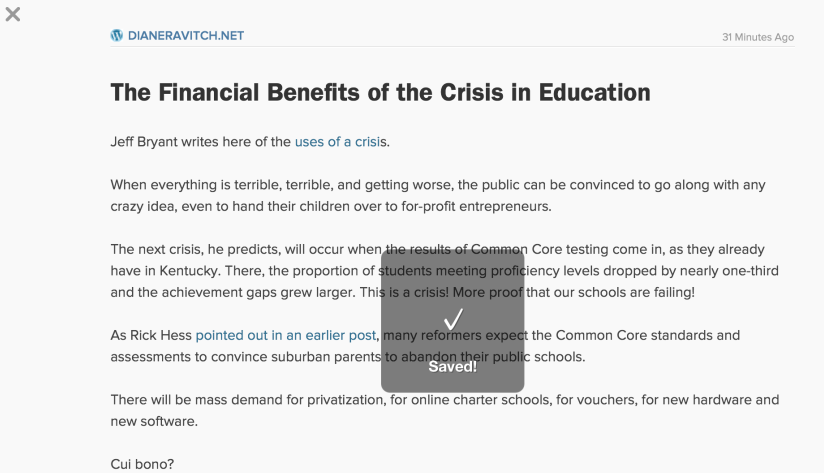 As a result, while the new Zite is nice, I'd rather have the old app back...it makes content curation a lot easier. Of course, if the new Zite could bring back the old Evernote sharing with notebooks, that would be something!


Zite now covers 40,000 topics, an increase twenty times over of the number of topics in the previous version.  The app is now also integrated with Facebook so Zite can provide content suggestions based on your history in the social network.

While I'm at it, wouldn't it be neat if Evernote allowed RSS feeds for tags, not just notebooks? Then this conversation would be moot since Zite allows for tagging of posts on their way to Evernote. 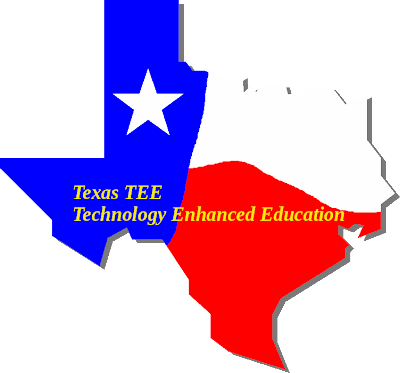 Mark Johnson said…
Thanks for the detailed feedback about Evernote - this kind of analysis is really helpful. We'll look into improving it in future versions.

Unknown said…
I'm cool with the new interface, but with version 2.0 Zite has gone from a rock-solid app to the buggiest app on my iPad 2. It literally freezes every thee to four page flips. That is, when it doesn't crash to the OS entirely. Zite has moved from my favorite app to something that I never run but check daily on iTunes if the bugfix is out yet. They'd better hurry up, I'm getting used to Flipboard ....
December 12, 2012 at 6:26 AM

Kmoraonline said…
I actually uninstalled Zite 2.0 and re-installed the original Zite. I would love to use 2.0 but won't until it plays nice with Evernote. I sent Zite my feedback last week but never heard back. Glad to see they addressed the concern by contacting you. Hopefully they fix this problem
December 22, 2012 at 12:25 PM

Unknown said…
Bad form to reply to my own post, but I have to modify my previous statement. Zite 2 is stable on my iPhone. It is only on my iPad that it freezes up.
December 23, 2012 at 6:09 AM

Kmoraonline said…
I had downloaded the new version of zite onto my ipad but had not yet sync'd it to my computer. So, I simply deleted zite from my ipad and then sync'd to my computer. I then had itunes install zite (the old version) onto my ipad. If you have sync'd your ipad to your computer, I think it overwrites the old version of zite and you are out of luck. Hopefully you haven't yet sync'd to your computer....
December 23, 2012 at 12:15 PM