Showing posts from December, 2012
Show all

On Saturday, school districts briefly lifted the age-old ban on YouTube, spurred by the widely distributed Meet the YouTube Next EDU Gurus presented as a trailer for YouTube channels. It was decried in many places around the world as blasphemous towards education since everyone knows that YouTube is evil creation, blending educational content with inappropriate, titillating content to corrupt the youth of...well,everywhere. "After months of criticism of the ban, school districts decided to allow students and staff to have access to YouTube again, saying steps had been taken to ensure that offensive content would not be visible through YouTube for Schools. But those efforts failed spectacularly, and the authorities quickly backslid," writes No One Cares Anymore epublication. "Quickly" is right: access to YouTube was apparently open for just 3 divine minutes, which seems about right;  it shouldn't take longer than 3 breaths to discover things on the site to whic…
Post a Comment
Read more

Ten lucky folks will be randomly selected to receive a Zinio Magazine! You can find a list of available magazines online here.


Sign up for the Texas for Technology Enhanced Education Email List Everything posted on Miguel Guhlin's blogs/wikis are his personal opinion and do not necessarily represent the views of his employer(s) or its clients. Read Full Disclosure

A small handful of superintendents and principals around the globe are going to extremes to rid people of ed-tech addiction. As a last resort against unsustainable technology investments and ed-tech reform, these administrators are attempting to obliterate tech-gadget-desirability by excising a part of their teacher's brain. And they are doing it in the face of worldwide condemnation, and, in the name of educational leadership research.


"We can no longer support," shares John Woetechnazi, "spending countless billions of taxpayer dollars on edtech-guided experimentation in our schools. Children are suffering." The procedure involves using micro-lasers to lance the skulls of teachers, assistant principals, district technology specialists, inserting powerful electrodes which erode the part of the brain called the nucleus accumbens.

This area, often referred to as the "pleasure center" of the brain, is the major center of the brain's techno-lust circui…
Post a Comment
Read more 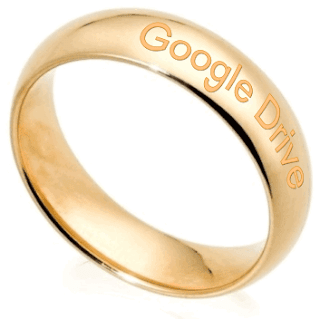 TCEA's Monica Martinez was kind enough to allow me to submit the following presentation:

Blending GoogleApps and iPad to Achieve Collaborative Learning
In this apps-on session, participants will have the opportunity to explore how to best take advantage of GoogleApps for Education on the Apple iPad. The fundamental question this session helps you answer is, "What is the workflow that makes interacting with GoogleDocs, GoogleDrive easy on an iPad?" That workflow--GoogleDocs/Drive on the iPad--is a moving target given the latest innovations from Google!

Given Google's updates to the Drive app, it may be that by February, 2013, getting access to your GoogleDocs on the iPad will be a moot point--it just works. This is critical for those of us involved in BYOD, as well as iPad deployments with students. Consider David Phillips' experience with his high school students, in response to my blog entry, One Drive to Rule Them All: 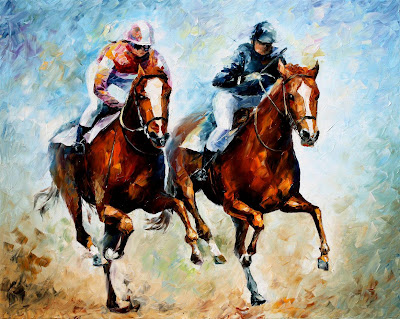 “Teachers’ experience so far, because there aren’t instructionally validated applications, is that cellphones and the like are only a distraction," says Robert Spielvogel, the chief technology officer and director of applied research and innovation at the Newton, Mass.-based Education Development Center (Source: Education Week). What a silly perspective. The fact is, schools need to revamp their curriculum efforts because technology and schools are like oil and water unless changes are made. In spite of that disconnect (e.g. creativity vs high stakes testing prep), technology is finding its way into the classroom in the form of mobile devices.

The iPad Mini has come out, I've held one in my hands, and "Wow!" Yes, I'm impressed by the light, easy to handle iPad Mini. The only drawback is, as you might have guessed, the price tag. Still, the real competition for the iPad in schools isn't the Google Nexus 7 Android tablet, a wonderful device that represents less…
Post a Comment
Read more

No Windows 8 or PC Hardware for Me

Scott Laleman shared his sour experience with Windows 8 piece of equipment:
I spent about 30 minutes playing around with my mom's new Asus laptop with Win8. I was more frustrated after 10 minutes than I've been with any technology as of late. Microsoft certainly hasn't made it easy to get around their new OS, and thinking of it as a mobile device didn't help, either. It is hands down the most radical change to Windows since Win95 came out, and not in a good way, IMHO.I don't know about you, but I hate it when a software vendor tells me, "You can't run any operating system on hardware except our's." Huh?
...the manner in which Microsoft has restricted the Surface from loading non-signed software / binaries by implementing UEFI SecureBoot. Microsoft has loaded on the ARM based tablet its private key instead of the 'Microsoft Windows UEFI Driver Publisher' key, which is needed to sign non-Microsoft software like Linux distributions or loaders. …
Post a Comment
Read more

Wondering how to quickly side-load content (e.g. ebooks, movies) onto the Nexus 7 tablet, I set out to connect my LubuntuLinux machine to the Nexus 7.

Playing around with LubuntuLinux and a Nexus 7 tablet, it wasn't too hard to find the path others had followed to allow one access to the file system. It was pretty simple to type in a few commands and then, in without a problem.

This approach worked perfectly!
Set up a UDEV rule via the terminal by opening the rules file

Code: [Select] sudo nano -w /etc/udev/rules.d/51-android.rules
And entering the following line at the end of the file (be sure to use your user name at the end!):

Here's a deal worth taking a second look at...$5 per eBook from Packt Publishing if you buy two or more. If you're familiar with Packt Publishing, they have some great Moodle books. Lots of other stuff available. Check it out!

We hope you had a good rest over the Holidays.

2013 is coming, and if you’re thinking about building new IT skills, then you still have until Midnight Thursday 3rd January to take advantage of our eBook offer.

For example, you might have missed on our top selling titles of 2012, showing the HTML 5 techniques everyone needs to know:Responsive Web Design with HTML 5 and CSS3Released in spring 2012, this 314 page book is a bestselling guide to creating web pages. 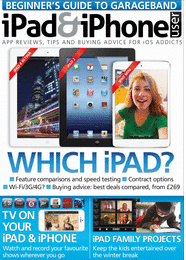 Interested in getting a free subscription to an "eMagazine?" You're in the right place! Over the next few days, anyone who leaves a comment on this blog entry will be entered into a drawing for a free magazine subscription! Be sure to include your email address and Twitter handle.

Where would you go to read a magazine on your iPad Mini? Take a picture and send it into Zinio through the Giveaways below, and you'll have a chance at the two iPad Minis that they are giving away!


Find out more at their web site.

Enter Contest
Enter Contest View Entries Invite Friends Grand Prize One lucky participant each week will win an iPad mini. 2nd Prize All entrants will receive a free one year subscription to Star Magazine. Contest Instructions If You Are New To Zinio: Submit a picture of your favorite device and where you would use it to read Zinio

If You Are Already A Zinio User: Submit a picture of what you read inside your Zinio Library. 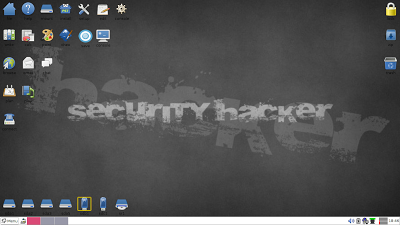 I found myself playing with PuppyLinux (Precise Puppy 5.3.4 derived from ubuntu) and absolutely having so much fun. Why? The simple reason is that I can install Precise Puppy Linux on my 16 gig flash drive formatted for FAT32, create a pupsave file with all my personal program favorites and settings, and continue to use my 16gig drive since it's compatible with other OSs (e.g. Windows, Mac).

Installing software on Puppy is an exercise in frustration, no sudo apt-get install at the command line, but it wasn't long before I had everything installed. I'd forgotten what fun it could be playing with PuppyLinux.

Sign up for the Texas for Technology Enhanced Education Email List Everything posted on Miguel Guhlin's blogs/wikis are his personal opinion and do not necessarily represent the views of his employer(s) or its clients. Read Full Disclosure