John T. Spencer, whose blog (Education ReThink) I just rediscovered after sifting through my RSS feeds, points out the following:

But the question of why tech integration hasn't taken off completely continues to distract me. We need better professional development. We need better stories of technology integration. We need coaches that work with teachers in small groups. We need differentiated training. We need teachers developing their own PLN's.True.But we also need permission.We need permission to take risks and fail. We need permission to fall on our faces with technology before we see the benefits. We need spaces of shared autonomy where we try things out and we need spaces of vulnerability where we are allowed to admit that it didn't work. 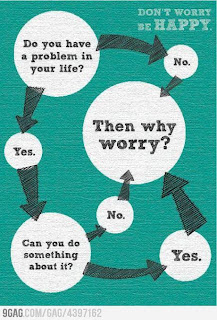 As I look forward with some trepidation to my keynote, entitled Freedom to Succeed, at an upcoming event this summer (darn it, how did I get two of those in two months), I can't help but recall a conversation that echoes John's blog entry on permission. In fact, those very words came out of my mouth last week in a conversation with district leaders. We can't launch iPads or BYOD unless we are willing to allow for failure.


One aspect of this is, do we have what it takes to get up off the ground when we fail in schools?


...the students who persisted in college were not necessarily the ones who had excelled academically at KIPP; they were the ones with exceptional character strengths, like optimism and persistence and social intelligence. They were the ones who were able to recover from a bad grade and resolve to do better next time; to bounce back from a fight with their parents; to resist the urge to go out to the movies and stay home and study instead; to persuade professors to give them extra help after class. (Source)

When I look at how we handle principals in large school districts--and I suppose in every other size in between--it generally works like this: 1) You get a year or two to show results; 2) You show results by getting high scores on the standardized tests; 3) You got those results by whatever means necessary; 4) If you fail to get results, you are OUTTA THERE. Right? Is that perception of how principals are assigned, reassigned incorrect? In other words, principals should just go ahead and plan for failure because the fact is, they are going to fail. And there's a zero tolerance policy for failure in schools. You fail, you are out because failure costs so much. How do you learn from failure when you can't get better at it?


You know what I mean right? Here's a quick reminder:

As a young man, Abraham Lincoln went to war a captain and returned a private. Afterwards, he was a failure as a businessman. As a lawyer in Springfield, he was too impractical and temperamental to be a success. He turned to politics and was defeated in his first try for the legislature, again defeated in his first attempt to be nominated for congress, defeated in his application to be commissioner of the General Land Office, defeated in the senatorial election of 1854, defeated in his efforts for the vice-presidency in 1856, and defeated in the senatorial election of 1858. At about that time, he wrote in a letter to a friend, "I am now the most miserable man living. If what I feel were equally distributed to the whole human family, there would not be one cheerful face on the earth."

Socrates was called "an immoral corrupter of youth" and continued to corrupt even after a sentence of death was imposed on him. He drank the hemlock and died corrupting.

Sigmund Freud was booed from the podium when he first presented his ideas to the scientific community of Europe. He returned to his office and kept on writing.

Charles Darwin gave up a medical career and was told by his father, "You care for nothing but shooting, dogs and rat catching." In his autobiography, Darwin wrote, "I was considered by all my masters and my father, a very ordinary boy, rather below the common standard of intellect." Clearly, he evolved.

Thomas Edison's teachers said he was "too stupid to learn anything." He was fired from his first two jobs for being "non-productive." As an inventor, Edison made 1,000 unsuccessful attempts at inventing the light bulb. When a reporter asked, "How did it feel to fail 1,000 times?" Edison replied, "I didn’t fail 1,000 times. The light bulb was an invention with 1,000 steps."

How do you plan for success?

And this is the rub: Almost all ineffective design can be traced back to a failure right from the beginning to ask (and answer) the simple question: "What's my (our) intention?" (Source: Garr Reynolds, Presentation Zen)

Reading Garr's blog entry, I remember my keynote title. I remember that the other side of the coin of failure is success. Larry Ferlazzo provides some insight into how to accomplish it, mainly by reminding us that the needs already exist among those we wish to serve...and that our solutions are only effective if they are THEIR solutions:

A leader who shares the values of democracy, justice, and diversity (among other things) and is serious about building long-lasting change — change that will not be dependent on him/her — does not begin by coming up with an idea and acting on it.
Instead, that kind of leader begins by leading with his/her ears, asking people what they see that needs to be done, then testing out his/her idea, getting reactions from others so that the idea can be adapted in a minor or major way so that something can be improved and become their idea, too. (Source: Larry Ferlazzo's No, The Dancing Guy Does Not Teach the Best Leadership Lessons)

Begin by:
And, with enthusiastic teachers, engaging content and tools, excited students, maybe we need to stop looking down at the shadow cast by our fears.

What shall I say of these save that they too stand in the sunlight, but with their backs to the sun?They see only their shadows, and their shadows are their laws.And what is the sun to them but a caster of shadows?And what is it to acknowledge the laws but to stoop down and trace their shadows upon the earth?But you who walk facing the sun, what images drawn on the earth can hold you?Source: Khalil Gibran, The Prophet

Visit the Texas for Technology Enhanced Education
Everything posted on Miguel Guhlin's blogs/wikis are his personal opinion and do not necessarily represent the views of his employer(s) or its clients. Read Full Disclosure
Education Leadership

Unknown said…
"Failure is always an option" (Mythbusters)...
We also need teachers who are self directed learners, as they claim they want their students to be. Too many want PD "done to them", though we know that method is ineffective.
July 4, 2012 at 8:36 PM