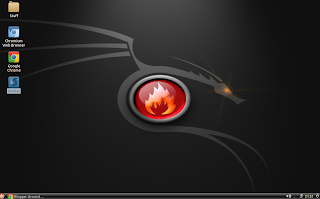 Tonight, I had another shot at installing Peppermint Two on a Dell Latitude e6410, and the install went as well as the one on the m90z, perhaps better since I wasn't trying to watch TV while doing it.

Amazingly, I had expected to encounter the problem with previous Ubuntu installations that involved having to edit startup and add "nomodeset" to the configuration, but...Peppermint Two handled the whole process like a champ, making that step unnecessary! At last!

If you've been waiting to download a light-weight, flexible GNU/Linux distribution, then Peppermint Two is the one to grab! It has a slightly different feel to it than Peppermint ICE, but I'm hoping it will smooth out some of the peculiarities that made ICE a little jagged (e.g. forgetting the installed printer for example, even after installing CUPS).

It is our distinct honor to announce the release of the second major iteration of Peppermint OS. Peppermint Two is now available either for free download or via purchasable Live CD. This edition is based upon Lubuntu 11.04 and includes a number of new features. Also this marks the first time Peppermint has been available in 64 bit architecture. I’ll take a moment to cover some of the new features present in this release....The entire look and feel has been revamped. We had a lot of feedback regarding the stylistic decisions we made with both Peppermint One and Peppermint Ice and decided that the best course of action was to fall somewhere in the middle, while offering improved themes for the windows and icons. (Source; PeppermintOS Blog)

Setting up Peppermint Two on the 6410 was a fairly quick process, and installing my favorite apps flew, just as on the m90z install. That said, I was still balking at some of the changes in Peppermint Two that I didn't know how to adjust.

For example, the first was as simple as adjusting the way time was displayed on the screen. I wanted date and time to appear. To get the following to appear, I typed in %a %d-%b-%Y %H:%M in the digital clock settings window:

That worked pretty well. Since I'm not much up to date on military time (22:06 instead of 10:06 PM), I wanted to change that, too. Fortunately, when I read the instructions (indicated by "Format codes:" in the dialog box below, which you have to type man 3 etc into your Terminal), the following modification made the change: %a %d-%b-%Y %I:%M %p

This yielded the time format I wanted:

The second thing I didn't like was having my favorite apps appearing to the far right. I also didn't know how to move them around. That turned out to be a straightforward modification: 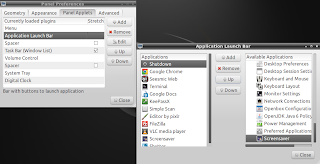 Simply right-clicking on the panel (bar across the bottom of the screen) and choosing Panel Preferences enabled me to access the Application Launch Bar, choose it's location, and EDIT it to add my favorite apps. Pretty easy, but just a matter of finding where things went. 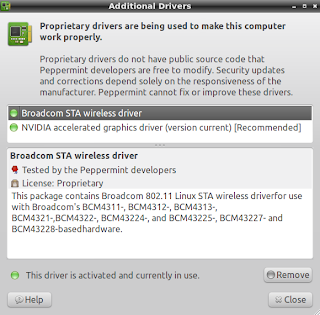 Lots of fun playing around with a "new" install of Peppermint Two. That aside, it's already working great!

Subscribe to Around the Corner-MGuhlin.org
Everything posted on Miguel Guhlin's blogs/wikis are his personal opinion and do not necessarily represent the views of his employer(s) or its clients. Read Full Disclosure
FreeSoftware GNU/Linux PeppermintICE UbuntuLinux