February 03, 2011
Thanks to Laura Devaney (eSchoolNews) for pointing out a new report:

Some of the graphs that jumped out at me: 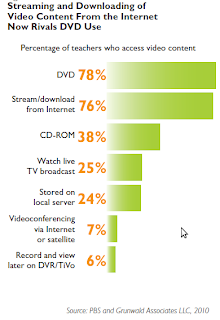 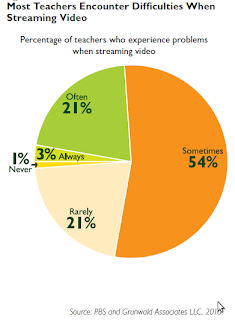 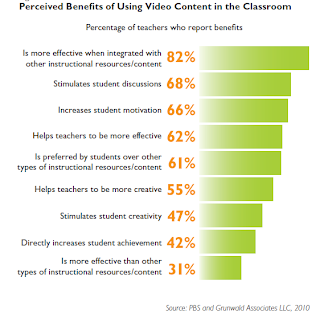 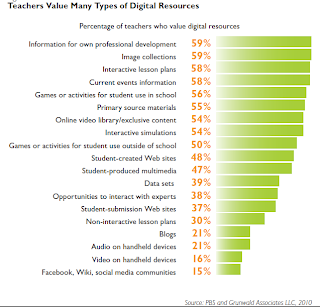 Consider the next figure as you read Larry Anderson's remarks about mobile technologies...are mobile phones really the next big thing in classrooms? 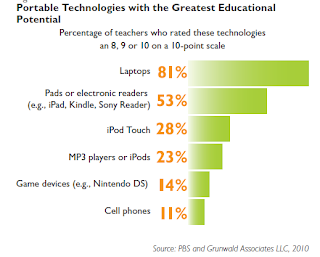 Only 11% of teachers consider cell phones to have educational potential...Larry S. Anderson' remark makes us all think a bit more about the mobile device hype:

The article stated: "You can do everything on a smart phone that you can do on a laptop, except maybe for high school geometry and except for a few scientific visualizations."

Well, that's quite an exaggeration, in my opinion. How effectively can a student with a smartphone record music (a la Garageband), edit that music, then share the music to iTunes or some similar service?...to say nothing of sharing with others. How about something as simple as creating/editing an electronic presentation (a la PowerPoint or Keynote), then showing the presentation to an audience? Also, how about using an application like Illustrator to create a vector image, then incorporate that into a Photoshop document that will wind up, eventually, on the web? And, what about file sizes? Will a smartphone handle (easily) the 3 GB multimedia document I used this morning? I know that most phones have more than 3 GB storage, but I wonder how adept they are at multitasking (at the current time, I have 12 apps open on my laptop).

Thanks for making us become increasingly provocative and pensive, Miguel!

What do you think? Consider this remark from Allison Berryhill:

But what about cell phones as avenues for cheating? What fuels cheating isn’t a power cell. It’s fueled by complex motivations, including students’ perception of the value of assignments and their willingness to sacrifice their integrity for a grade. These are real issues of real concern for every teacher, administrator, and student-–but they are not solved by prohibiting cell phones.

Perhaps, they'll be solved by conversations we're afraid to have now...or are too lazy to have. Online communities have to play a part in that, don't they? 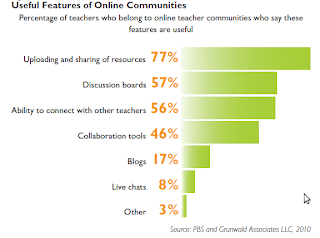 Everything posted on Miguel Guhlin's blogs/wikis are his personal opinion and do not necessarily represent the views of his employer(s) or its clients. Read Full Disclosure
Education Graphs Research