Like other young men growing up, I watched Tom Cruise's exploits in Top Gun with a bit of envy and admiration. Who couldn't help but fall in love with Kelly McGillis and dream of a different world? Yes, I was a teen in 1986 (17 years old!) when that movie came out. One of my favorite songs, probably because of the way it was delivered, was "You've lost that Loving Feeling...." (YouTube Link - http://www.youtube.com/watch?v=sVrDQQIiweE ) 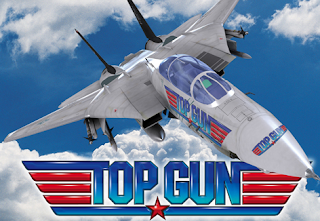 Ever feel that way about your job or your spouse? A lot of folks are stuck in their current jobs and/or marriages, caught in amber unable to move on because of the tough economy. National Public Radio featured a broadcast discussing the problem...a young couple had decided to split, but they couldn't sell their home, and until that happened, it was cheaper to continue living together. Their lives were frozen...the music stopped, and when it did, they were bound to remain in the chair when the music stopped.

What happens when you've lost that loving feeling? It's the answer to that question that is one response to the question posed at the end of the first quote below:


Why would someone go to the trouble of grooming their social graph into a consequential aspect of their job market attractiveness, only to grab at the first offer from a crappy company whose own reputation (or following) is not as impeccable or large as the employee’s own?

The same line of thinking will ultimately apply to current employees who wind up creating a following, whether on-the-job or during off-hours. Their growing base of fans/followers will make them feel special. If their employer does not offer that same magic feeling — or worse, if the employer makes a habit of screwing up online or off — the employee is likely to eventually walk out with those would-be customers, rather than sacrifice their own standing in the social hierarchy. (Source: PR Squared)

Does having a large Twitter following really translate into something more than special, something that pays? Or, does it come as a result of the real work being done?

Earlier this week, I took a moment to look at my total Twitter followers. I was shocked to see over 3000. Guy Kawasaki--in this interview with Robert Scoble--says the magic moment on Twitter is when you get to 5000. Here is how Kawasaki puts it:


Kawasaki says. “I think if I had 5,000 followers, I would get one or two answers, which is all I really need. I think 5,000 is a good number. Any less and you’re not really at critical mass, you don’t have a breadth and diversity of followers. Any more and it starts becoming a full-time job to keep them happy.”

PR Squared blogger's points in their blog post is that there's a balance to be maintained between "stardom" of social media (which doesn't pay enough (smile)) and the regular paycheck (which doesn't acknowledge stardom enough). In truth, the middle ground isn't a balancing act, but a commitment to doing the best job you can, sharing you are learning with others. If you feel you have lost that loving feeling, here are some suggestions for rediscovering it within yourself:

Everything posted on Miguel Guhlin's blogs/wikis are his personal opinion and do not necessarily represent the views of his employer(s) or its clients. Read Full Disclosure
SocialMedia

tim holt said…
Well, since I get in a year, the number of hits you get in a day, and since ,y PLN hovers around 800...I guess I am depressed now..thanks...