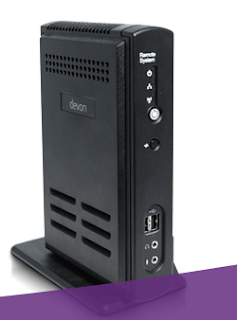 Someone asked me to setup a test of our district's almost 2000 aging desktop computers using GNU/Linux based thin clients instead of replacing the older computers. We are attempting to keep technology working in very tight economic times in our district.
Here are the responses I shared with the person who asked me this question above...I felt my response didn't get at what he really needed to know. What would you folks have said instead or added on or left out?

A thin client approach can be expensive to implement up front...instead of putting your money into client stations, you put your money into the servers that support the client stations.
If your superintendent wants to save money, he'd keep buying the hardware that he is now, but put Edubuntu or some form of GNU/Linux on them, eliminating the software costs (e.g. Windows OS, MS Office, etc.).
In the two districts that I've heard of this being done, both failed ultimately because if there was a server or network problem, the client machine was dead. In fact, in one school district, the CTO was pushed out because of the thin client implementation failure.
If you are willing to put the financial investment in up front, though, you have several options to explore:
1) Edubuntu Thin Client Cook book
https://help.ubuntu.com/community/EdubuntuDocumentation/EdubuntuCookbook/ThinClient
This is a nice overview and will let you in on what you're in for!
Also read the UbuntuLinux Terminal Server Project (LTSP) - https://help.ubuntu.com/community/UbuntuLTSP

Lots of stuff to read there.
2) Find a local vendor that can help you with this. While I have faith in your abilities, this is not something to just jump into...at least, not quickly. I would have them--as we did--set up a thin client computer lab in a library so that folks--students--can try it out. Offer a prize of some sort (e.g. iPod) and get them to give you some feedback on their experience. This is valuable Public Relations and research you can use later when justifying it.
3) Consider a Citrix-based solution. There are some "big" vendors out there that support this...I regret I don't remember them off the top of my head. We have a big Citrix nut in Texas--Don Hindsley--and with your permission, I'll send him an email.
4) Take a look at Dell and Stoneware's solution. You'll want to talk to someone there. If you like, I can get you their contact info. http://www.stone-ware.com/cloud/solutions/education.html
Again, the least expensive solution (IMHO) is to keep buying the hardware you've always gotten, but eliminate the software costs by loading ubuntuLinux on the machines. The latest version 10.04 Lucid Lynx is fantastic and you can't go wrong.
Take a look at Indiana Education Department's ACCESS Initiative for more info about going GNU/Linux. I've recently blogged about this.

You might want to listen to Mike Huffman podcasts (2) and Jim McQuillan (1) podcast that appear online at:
We did a price analysis some time ago:

Those are just one lab of machines; a Linux Terminal Server Project is not included above.
A colleague--Leslie Sessions--suggested this:
http://www.thinstation.org/

Everything posted on Miguel Guhlin's blogs/wikis are his personal opinion and do not necessarily represent the views of his employer(s) or its clients. Read Full Disclosure
Education FreeSoftware JeremyFluhmann ThinClient UbuntuLinux