Showing posts from October, 2010
Show all

Loved this tip out of the 15 shared about Google Chrome....

You know that if you copy anything from a webpage and paste it on some other application (except for pure text editors like Notepad), they bring along all sorts of HTML and CSS stuff with the text, right?Next time, when you copy stuff from Chrome, and want to paste it somewhere else on Chrome itself (like a Gmail compose window, or a Google Docs document), use Ctrl+Shift+V instead of Ctrl+V if you just need the text. Quick and easy.
I'll be using this one all the time.


Bookmark this on Delicious
Subscribe to Around the Corner-MGuhlin.org

Everything posted on Miguel Guhlin's blogs/wikis are his personal opinion and do not necessarily represent the views of his employer(s) or its clients. Read Full Disclosure
1 comment
Read more

The Walking Dead - The Revenant Network

Are email lists dying or flourishing? A few years ago when I first began blogging, I was certain that blogs would overtake email lists and vanquish them. . .stake them through the heart, so to speak.

Instead, I now find that at least 4 out of 10 blog entries come from topics raised on multiple email lists for either Texas or Oklahoma technology directors. It's the questions that kick off the blog entries. The words "More input" come to mind, and I wonder if that insatiable craving for brain matter signals a deeper issue.

With social media tools--such as Plurk and Twitter--I'm inclined to think again that emails lists aren't dying, they are remnants of a great conversation that once took place...and the bloggers, plurkers, twitterers are that net global zombie network of the unsatiated.

Still...aren't you glad you joined the revenant network? 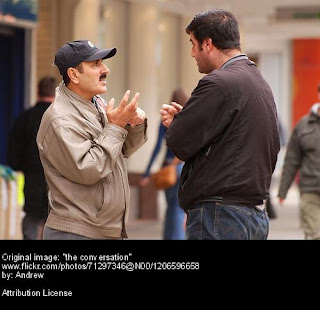 Responses to my Huffington Post, Nurture Human Talent, have been positive, and I'm thankful to each of you in my network who chose to retweet it. Yet, it might come as no surprise that the power of getting Huffpost out there is the ability to reach an audience NOT in my professional learning network.

So, forgive me, if I take a moment to thank Jose Vilson and Ed Jones, who left this comment on my HuffPost and I link to his blog entry on the subject. I hope you'll take a moment to respond to Ed, too, in whatever venue works best for you (obviously, Huffington Post comment section would be appreciated).

Ed's comment and a link to his blog entry:
There's not much room here, I'll post my extended thoughts back home: http://blo­g.openhist­oryproject­.org/2010/­10/normal-­0-false-fa­lse-false.­html

We are ­creativity­­-ing ourselves down the path of the Roman Empire. We build 14,000 ‘apps’ on top of Twitter alone. 250,000 for the iPhone. Every minute we upload another …
1 comment
Read more

You know, I was planning on modeling the use of Drop.io for a podcast workshop next Spring...scratch that! But you know, after all the other Web 2.0 solutions switching to for pay (e.g. Scribd), it's not that big a surprise. In fact, iPadio.com--the next "golden boy" Web 2.0 app for podcasting, which I found to work GREAT from my Android phone with excellent customer service--also has a plan to switch to for pay. The pattern is simple, replicable and we see it happening...is the Cloud collapsing?

Perhaps, these folks have it right:
The Web 2.0 freemium model will get challenged and geeks will shift their attention to chargeable mobile apps. The days of endless, free, community oriented and Web based consumer and small business software will be numbered but a clutch of valuable Web 2.0 companies will make the transition and our lives will be richer for it.For now, please bow your heads for a moment of silence....
An important update on the future of drop.io..Facebook has b…
2 comments
Read more

Into the Woods - National Writing Retreat

When 12 years old, I remember sitting in a darkened living room--you know, the one with the couches only visitors to your house get to sit on--watching Bob Polunsky, movie critic, and then, closing my eyes, and assuming his voice as I wrote.

Eventually, that movie critic's voice disappeared, whether absorbed like a sugar lump in a cup of hot coffee or discarded like training wheels, I don't really know. What I do know is that when I started writing about what I was teaching and learning in my East Texas third grade bilingual classroom, I would have greatly appreciated being able to attend an event like the one shown below.

Such an experience would have helped me see the writing journey as a less solitary sojourn in the piney woods. I hope some of you find this information of benefit...and take advantage of it.

Earlier this year, district leaders tapped me to respond to writer Tommy Peterson. Tommy researched and wrote the article (pages 28-30) that appeared in EdTechMag.com's print publication, EDTECH: Technology Insights for Leaders in Education. You can also read it online.

Below are excerpts from the article that quote me. In all honesty, I have to give thanks to the many other folks who have shaped my perspective, and teammates--like Stephanie Correa--who played an instrumental role in implementing Digital Citizenship and CyberSafety in a large urban school district.

The article title is Safe and Sound. Here are my take-aways:
Thanks, in large part, to the research skills of Miguel Guhlin and his colleagues, all teachers in the [large urban district's] 91 schools now have access to the district's Be CyberSafe! online cybersafety and digital citizenship training program. Ninety-two percent of the teachers have completed the training and presented the curriculum to their stud…
Post a Comment
Read more

Thanks to CNET, they shared the following offer well worth checking out. You may have already heard of the Education friendly CloudAntivirus from Panda, but now they are offering their Pro version at no cost! (Read my write-up on it). For now, here's a brief overview:

Panda Cloud Antivirus is not only free for home users. It's also free for education. In order to install it into multiple PCs, simply create an account and install into all PCs using the same account.
Source: Pedro Bustamante, Panda Senior Research Advisor While this Pro offer certainly doesn't appear to be on the table for schools, it is out there for those of you who DO use it on personal machines, etc.

Thanks to the C-NET folks for sharing the info!!

Wow, it's pretty amazing that these folks are giving free copies ($35 value per program) of their cross-platform HD Video Converter away for free through November 4!  Earlier tonight, I received this piece of news and it's verifiable! Note that the registration codes are included at the end of this blog entry.
To celebrate Halloween, our company will host a Halloween treat – free get full-functional WinX HD Video Converter from Oct.29 to Nov.4. Both Mac and Windows editions are available. May I know if you can share this giveaway news with your readers/subscribers which can color their Halloween 2010? Giveaway page: http://www.winxdvd.com/giveaway/
WinX HD Video Converter (for Mac & Windows) is able to convert all HD videos and regular videos.
*Support all HD videos and regular video.
The software empowers users to convert MKV, AVCHD, M2TS, Google TV, WebM…
6 comments
Read more 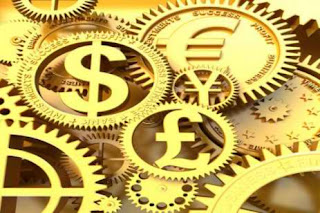 A crisis in confidence. Bruised, battered by sex scandals, low test scores, reports of campuses (if not districts) cheating on high stakes tests, parent outrage that flows through our veins in righteous rage...yes, David Warlick isn't wrong when he says public schools are facing a crisis in confidence.
I can’t put my finger on any one statement or situation, but what came to mind several times is how much we, in K12 education, have lost our confidence. I remember, when I was teaching 25 to 35 years ago, a sense of educational entrepreneurship. I couldn’t have expressed it that way then, but I was free and felt encouraged to innovate in order to motivate learning — rather than applying teaching.

One of the professors said that when his daughter came home from her first day in sixth grade, she said that the principal had told the students that they will not be having fun. They will be learning. That is not innovation. It is blunt force education.

Flip a Coin and Help A Teacher Teach 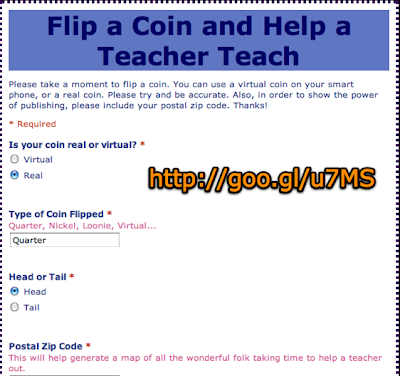 This was a hoot to see...a teacher (Sean Beaverson) collecting results of coin flipping:

Here's the link to help Sean out: http://goo.gl/u7MS

This is also a neat use of a GoogleDocs form. Can you do that with Excel?


UPDATE from Sean Beaverson:
Thanks a lot for those of you that shared my little project on your
blog and/or twitter.

I will be using this to analyse results: http://www.r-project.org/

So it is for fun, sort of, but the implications are that using a form
to collect a data set = fantastic data set. I'll keep you updated and
informed.


Bookmark this on Delicious
Subscribe to Around the Corner-MGuhlin.org

Everything posted on Miguel Guhlin's blogs/wikis are his personal opinion and do not necessarily represent the views of his employer(s) or its clients. Read Full Disclosure
Post a Comment
Read more
More posts