Image Designs: Moodle in Space by Tonya Mills (tmills0220@yahoo.com)
Joseph Thibault (Moodle Monthly) scooped me (great job, Joe! Thanks!) on this news earlier this week, but I was so tuckered out that it's only Thursday of Spring Break to share what several of us have been working on!!

This past week (before Spring Break), I was having a conversation with Diana Benner--Co-Host of the upcoming Moodle Mayhem Podcast--and trying to explain what I had in mind for Moodle Mayhem, a new web site dedicated to concentrating and encouraging others to contribute, content.

Here's the first draft of the overview drawing I made:

As I reflected on this drawing above (isn't my printing terrible? handwriting is worse!), I decided to clarify it a bit more while eating Thai food at my favorite location this week...of course, in my notebook.

Component #1 - Community of Learners wiki
As you can see from the second drawing,  I imagine a Community of Learners--that are also a part of the email list--sharing their Moodle courses, themes, and other nifty stuff. One of the ideas that concerned me is that even though I might be a part of the list, I had to find my own way to share Moodle courses. That's why I'm hoping a wiki might offer email list members the opportunity to share their course content. I did hit a bit of a roadblock in this since I had hoped that my 87 gigs of GoogleSpace would be usable for that space, expanding my Sites account to more than the allowed 100 megs. Unfortunately, that is "in the works" for Google Sites but not yet available (per a Google staffer on the Google Certified Teacher email list).

Nevertheless, I think it's pretty awesome to have folks who are chatting and sharing about Moodle issues to have a wiki they can fully edit and add content to under Creative Commons ShareAlike-NonCommercial-Attribution license. 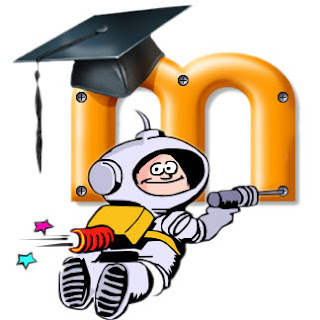 Component #2 - Community of Problem-Solvers Email Group
I've already shared the rationale for the email group for Moodle, but it doesn't hurt to re-visit it again. It's a way for folks who are learning Moodle--my original concept was for Texas Moodlers, but why limit people?--to join together and share how they are using it. Sure, it IS one more listserv to be a part of but I recognize the value others place on having content arrive in their inbox rather than in GoogleReader. Kind of funny, isn't it? I imagined Reader as the end-all place to access content, but RSS feeds and social networking have all but cut it out as the place to access content shared. 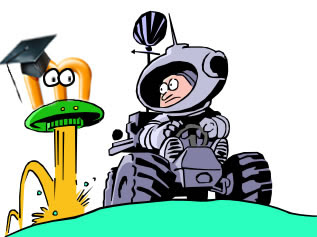 Component #3 - Knowledge Management
There are probably a million web sites that do this for Moodle--including Moodle.org itself--but none that have a particular focus that attracts me as an educator. As such, I'm interested in creating a one-stop shopping location for information about Moodle in education that is community-driven. Again, nothing original in this idea but I believe that the combination of the components will be helpful.

Finally, if nothing comes of this, I'm thrilled by the idea that I was able to set up complementary technologies to enhance the experience of Moodling educators I'll be meeting when I share my district's experiences in using Moodle in K-12 at the Texas Distance Learning Association State Conference, as well as at the TCEA MiniMoodleMoot taking place this summer.

TCEA MoodleMoot Conference - a conference dedicated to users, developers, and administrators of the very popular, open-source program called Moodle. Whether you're a beginner just learning about the power of Moodle or an expert looking for the latest gizmo, this two-day conference will provide all of the answers you need.

Featuring an opening general session and four breakout workshops in five strands, the conference will focus on:

* Moodle in business and government

Join us June 22-23, 2010 at the Radisson Hotel Fossil Creek in Fort Worth. The TCEA member price is $170 for both days; non-member is $200 and includes a free membership. Continental breakfast will be served each morning and beverages provided each afternoon.

Even more exciting than the upcoming opportunities to capture people's attention is the podcast series that Diana and I are planning out. We have some phenomenal guests already confirmed and eyeing other folks for conversations about certain topics that have been recently discussed. It will be fun to get Moodle objectors out in the open sharing their ideas, providing them with a platform to share their perspective on Moodle, while facilitating conversation about how Moodle can solve K-16 problems.

Anyways, that's the idea behind Moodle Mayhem. Time will tell if it works out, but I hope you'll join in. My next step--amidst the rush of Spring Break activities designed to relax (ha!)--is to invite all the email list members to be collaborators on the wiki to contribute content.


Everything posted on Miguel Guhlin's blogs/wikis are his personal opinion and do not necessarily represent the views of his employer(s) or its clients. Read Full Disclosure
Education Moodle MoodleConversations MoodleMayhem Texas