Showing posts from February, 2009
Show all


Subscribe to Around the Corner-MGuhlin.org
Be sure to visit the ShareMore! Wiki.
Everything posted on Miguel Guhlin's blogs/wikis are his personal opinion and do not necessarily represent the views of his employer(s) or its clients. Read Full Disclosure
Post a Comment
Read more

I've sent a version of the following email to Jodie at TeacherTube and James Farmer at Edublogs.tv:
Howdy! I notice that [VIDEO-HOSTING SERVICE] is hosting tons of great content these days.I'd like to embed [VIDEO-HOSTING SERVICE] videos in our course management system, Moodle. As you probably know, Moodle is gaining wide use and acceptance in K-16 internationally.

Right now, there is a Moodle block--which adds functionality to moodle--that enables easy creation of video playlists of YouTube videos. You can see it working online in the right hand column and more information appears here:
http://moodle.org/mod/data/view.php?d=13&rid=919&filter=1

Is there any chance your programmers could customize the YouTube Video Playlist block for [VIDEO-HOSTING SERVICE]? If you're a Moodle supporter, please encourage Jodie at TeacherTube and James at Edublogs.tv, not to mention the folks at Schoo…
2 comments
Read more

In this blog entry, I shared various perspective about how wonderful NComputing is. Here is a problem, though, and a solution one Texas technology coordinator shared:
Xtendas freezing and sluggish with some web-based apps? It could be your browser. nComputing tech support suggested that IE doesn't like running several instances of itself, and may be causing the freezing with web apps and our Xtendas. At their suggestion, we downloaded sandboxie and pushed the application out to all of our Xtenda base machines. It seems to have alleviated the freezing when web apps are accessed on the extended desktop. We just pushed it out this week, but already we are seeing a difference. I am hopeful this did the trick.

In a nutshell, with sandboxie installed, programs run in an isolated environment and minimizes issues. REad more about it on the website. Its a free download.Get Sandboxie online at http://www.sandboxie.com/

Check out the Digital Storytelling ToolKit...


Subscribe to Around the Corner-MGuhlin.org
Be sure to visit the ShareMore! Wiki.
Everything posted on Miguel Guhlin's blogs/wikis are his personal opinion and do not necessarily represent the views of his employer(s) or its clients. Read Full Disclosure
Post a Comment
Read more

Note: The following is an article submission my Download a la Mode column for the TCEA TechEdge magazine. As it is still in draft, I welcome constructive feedback and suggestions in the comments.Download a la Mode: Netbooks Go Viral
Creative Commons (SA-NC-Attrib) Copyright 2009 Miguel Guhlin Those new Dell Minis--one of the several netbooks around--are sweet to have. A colleague recently shared, "I just bought one of those, and took it to a meeting. The technology director asked me, 'Is that a district laptop?'" She paused in her story. "That was the beginning of a longer conversation about connecting non-district equipment to the district network. I didn't know about spyware and all that other crud." The question is one I've considered often, and that comes up on education listservs from time to time. This article shares some free solutions that work on Windows Operating system that can be installed at no charge on Windows computers (netboo…
Post a Comment
Read more

There have been some discussions on some Texas education technology email lists. I thought I'd share the concerns expressed with you. It centers around one question: What would happen if the Palms used for Wireless Generation based assessments could no longer be purchased or replaced?

Here is one report from a Texas school district:
We have great concerns of Palms decision to discontinue its OS and Palms as we know them. Our Wireless Generation TPRI systems run on E2s. We need to replace about 8 of them but the E2’s are getting hard to find and even if we do, TPRI program may change to run on a different OS. We are looking have purchased the ASUS EEE-PC for our principals and kids at library for checkout and they have become an underground hit. At 300 each for a laptop with 160 gig drives, seems crazy to buy a E2 if we may have to change anyway. Looking for alternate software the runs on windows laptop for TPRI. Wireless Generation h…
6 comments
Read more

Problem: In Moodle, only the administrator can add users. This means a teacher lacks the authority/permissions in Moodle to add or remove students to their Moodle course. If you want to give teachers the rights to do add/remove students, then there are challenges. Read this Moodle Lesson for more detail.

How do you add students to Moodle? If you add them manually through bulk uploads, you (as administrator) are stuck maintaining the list. If you want to connect to LDAP or an external database (e.g. MySQL), then how does that work?
Solution:
In my District, I've been meditating on the different approaches to student email. Essentially, while all students have the potential to have email--which is provided by IPSwitch's Imail, which is owned outright so there are no additional costs--not all students are granted email accounts. And, granting email accounts isn't desirable for us at this point with grade 2-8 students.

A New Blog - Indistinguishable From Magic

Be sure to check out a new blog...
Writing, to me is so intimate. Even if it's not about your deepest emotions, it's still a little part of your soul, spilled out on paper (or shall I say spilled out on the web).

I have always kept my writing to myself. I recall having to safeguard my childhood diary from my older brother, who would always try to sneak a peak every chance he got. While I find value and appreciation in writing and recognize that it is vital for my growth - I still remain skeptical of my talent as a writer.
Source: Indistinguishable From MagicGive this new blogger some encouragement! My advice for anyone starting a blog is simple:
Write what you're learning as you learn itIgnore the illusion of perfection, just write it as real as you can unless you're playing with the illusionWrite until your self-conciousness disappearsDon't be afraid to say what you feel or think, as honestly, to the point. If …
Post a Comment
Read more

Gmail Outage - Do you know where your mail is?

It's days like today when you start to appreciate the value of having your own email server that isn't dependent on that evil cloud computing some folks talk about.
Millions of business and consumer users of Google's e-mail service were hit by an outage on Tuesday. The service went offline at 0930 GMT with Google saying it was "working hard to resolve this problem". More than 113 million people use Google mail worldwide, according to comScore.
Source: BBC News
So, do you have any information stored in Gmail you can't access from anywhere else? What steps will you take to mirror that information elsewhere? While Richard Stallman probably didn't mean it just this way (but he may have, that's up to interpretation), his point is valid...especially right now:Stallman says cloud computing forces people to hand over control of their information to a third party. His objections echo his longstanding belief in non-…
2 comments
Read more

GradeSpeed is used at hundreds of school districts in the United States, including the largest installations anywhere of district-wide grade books.

This strategic merger gives both SchoolNet and Campusware a unique opportunity to enhance the products and services they provide. Sch…
Post a Comment
Read more

Will you be joining me at the TxDLA 2009 Conference! I hope you will! Thanks to good fortune, I'll be presenting on the following topic.
Title:Online Course Facilitation: Developing Skills for 21st Century Learning

Abstract: Online facilitators take on many important roles and wear different managerial, technical, social, and pedagogical hats. This session will introduce you to these roles as well as to a cutting-edge initiative that San Antonio ISD has implemented with PBS TeacherLine to create a district-wide online professional development program.

ENGAGE THE BODY: Wii Get Fit--Together!

Below is my first draft for an article I'm writing on the Wii Fit. I'm open to all constructive criticism and suggestions for improvement!

"Miguel," my Dad asked me when I was about seven years old, "what did you do to Grandpa's telephone?" I stared with some fear at the old telephone--an heirloom--I had dismantled, seeking to take it apart and put it together again so it would work. Now, after years of surviving class where I have had to sit still and use my imagination rather than my hands, "bodily-kinesthetic" is not a term I would use to describe myself. Yet, while that term does not describe me, it does describe a large population of our students. These learners want to "jump in" and play, preferring to pull stuff apart rather than look at diagrams about how it all works.

When someone says, "I have to walk to think," that's exactly the wrong kind of a…
2 comments
Read more

The following is an excerpt from my blog post EdWeek's LeaderTalk, the blog organized by Dr. Scott McLeod (Dangerously Irrelevant):

Reinventing Leadership Online
Image Source: http://weblogs.cltv.com/news/opinion/mcclendon/reinvent.jpg "Yikes! I feel for Ms. Gerald," wrote one teacher in an online learning course of her principal, "being at work until 10:30 pm. On top of working, we all have our home lives too!" This comment was in the midst of an active online learning course where participants were online as late as midnight participating in the conversation, or up as early as 5:00 AM. Did they have to do this? No. They were engaged, excited about discovering each other online. The campus principal who learns online with her staff sends a powerful message about the value of online learning environments and their use in schools. 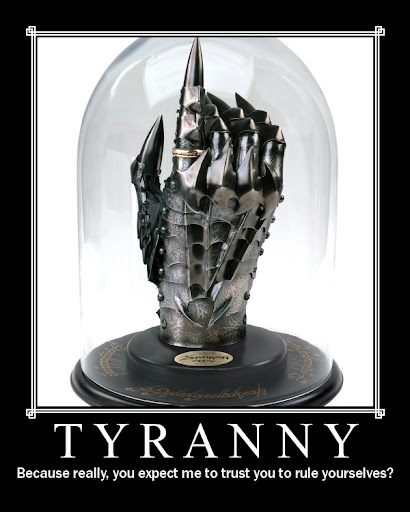 The following is cross-posted at LeaderTalk.org, the EdWeek blog on Educational Leadership organized by Dr. Scott McLeod (Dangerously Irrelevant). Read the rest of it online.

Tyranny of Competence
Source: http://www.cold-moon.com/images/Motivators/motivators.htm Chatting with a friend about losses in staff in my own office spurred a return remark. "You think you got it bad?" asked a close friend, whom we'll call "James." He continued, "I've lost half my team and I'm in a bigger district than you that's growing!"

Subscribe to Around the Corner-MGuhlin.org
Be sure to visit the ShareMore! Wiki.
Everything posted on Miguel Guhlin's blogs/wikis are his personal opinion and do not necessarily represent the views of his employer(s) or its clients. Read Full Disclosure
Post a Comment
Read more

Moodle Video Tutorials...from the Human Blog...be sure to visit and check these out!

Moodle-Google integration:
Moodle-GoogleApps Integration Moodlerooms and Google have worked together to build a state of the art integration. The 1.0 version of the integration provides: 1. Moodle users are automatically created in Google Apps (Google Docs, Calendar, and Gmail). 2. When you log in to Moodle, you are automatically logged in to Google Apps. 3. A Gmail block in Moodle displays your latest Gmail messages when you login to the Moodle Front Page. 4. A Google Apps block on the Moodle Front Page displays links to your Google Start Page, Google Docs, Google Calendar and Gmail. 5. A Google Widget shows a link to Moodle on the Google side. Update: 02/26/2009
I recently setup a Moodle from scratch (I didn't have a test Moodle setup on my Macbook running Ubuntu Intrepid, so....) and decided to install the Moodle-Google integration. Here's what the new options looked like during installation: