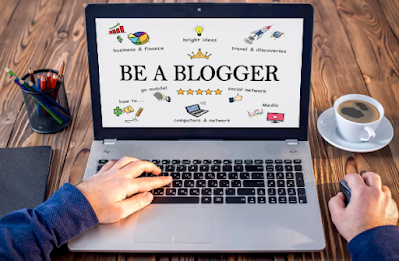 The transition away from Twitter has made me question other online services. While I have been a free, open source advocate, I had my stint of administering my own server(s) at work to support Moodle and Wordpress instances. The older I get, the less desire I have to spend tinkering at the command line interface (CLI) to get something done. Sure, it's nice to think back when I was backing up and upgrading thirteen Moodle instances at a time, but then...there's that time when some network guy forgot to switch out the external hard drive, and everything got nuked. Not a good memory.  That time, I had to call on someone to reinstall Moodle because I had run afoul of my PHP version wasn't the right one needed for the MySQL/MariaDB I was loading or something like that. Stressful. I pretty much swore off LAMP set up and more on the spot. Since then, I've avoided that stress. Time for a New Blog Platform? I've been on blogger for a LONG time. In fact, my previous blog, w
Post a Comment
Read more 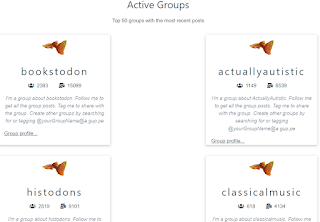 When new users who happen to be educators sign up, I usually send them something like what appears below. I thought I would back this instruction up by including a link to this blog entry so that folks could read it via the web, and watch the video tutorials. Getting organized can be different than what we've all grown accustomed to. Standard Welcome Announcement First, let's review the announcement that I send to new users: Welcome! 🖖 😀 Glad you could make it. My apologies if you've seen these tips below. I share them with educators who appear to be new to Mastodon and follow me. They may save you some isolation. There are many educators, including teacher-librarians, here. Some tips to connect: 1) Add #EduTooter hashtag to your toots/posts to reach educators of all sorts. If a librarian, add #K12Librarian or #Librarian hashtag. Include other hashtags like #EdTech #Education #SocialStudies #Science #Math #TCEA #ISTE #GoogleEDU as appropriate to reach people who have su
Post a Comment
Read more

Setting Up Your #Mastodon Profile and Bio

Over the weekend, an older gentleman was having trouble setting up his Mastodon profile and bio. I thought, "Wow, this is pretty easy. Why not record a video walking him through it?" You can watch the video below. I created an account on the Mastodon instance, mas.to , which I will use to create videos about how to do stuff. One response came from Romaq, who wrote: Thank you for taking the time to do this!...I’m glad for supportive, encouraging people such as you I find so often here on the Mastodon platform. :) The feeling is mutual. Everything posted on Miguel Guhlin's blogs/wikis are his personal opinion and do not necessarily represent the views of his employer(s) or its clients. Read Full Disclosure
Post a Comment
Read more

Are You #TwitterAddicted? Embrace the Gift of Listening #Mastodon

See 30 Stunning Abandoned Towns   A dear friend and colleague, Doug "Blue Skunk" Johnson, sent me a column to read. It was Charles M. Blow 's article, Seven Months on a Strict Twitter Diet . In it, Charles writes: Seven months ago, with the first rumblings that Elon Musk might buy Twitter, I made the decision to pull back from the site, and use it only to alert people to things like the publication of my column or my television appearances. I stopped checking every day. I stopped publishing original thoughts there. I stopped responding to other accounts. Twitter went from an integral part of my life to a tool I hardly used. Now that Twitter is teetering, it seems worthwhile to let my readers know what the experience of walking away has been like. Cutting back on Twitter changed my life … for the better. Twitter engagement, and most likely social media engagement writ large, changes behavior and maybe even the brain. It took weeks for me to stop worrying that I was missing
Post a Comment
Read more

Why Administer a #Mastodon Instance? 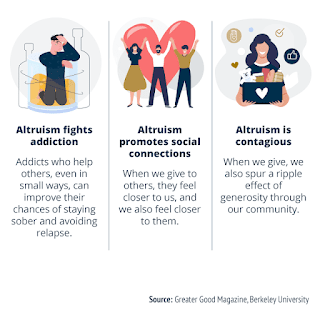 This weekend, I ran across a comment from a colleague on Facebook. I was a little irritated with the comment at first.  “I really want your opinion on this platform. Since someone has to pay for the “server”, I am wondering what the host gets back.” It irritated me because it seemed obvious. Then, I interrogated my feeling of irritation and realized that I was the one being silly. After all, shouldn't folks ask WHY when someone else does something without apparent gain or benefit to themselves? What's more, shouldn't we ask why when someone has to pay for the benefit in terms of money, time, and effort? In my irritation, I decided to ask Mastodon admins what they thought. Two responded, not necessarily the two I tagged in my initial query. I thought it would be worthwhile to share their responses. Response #1: Stephen Cerruti As a computer science teacher I have benefited from online professional communities but wished that they were not on platforms I rail against as bei
Post a Comment
Read more 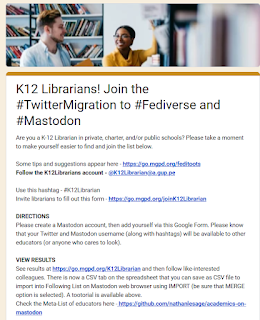 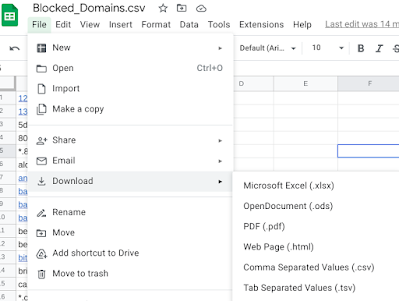 Encountering spammers from various domains in Mastodon? You can import a list of misbehaving or naughty domains to your Mastodon account via the web browser. And, then you don't have to worry about them! They are blocked and you won't even see them. Where Did The List Come From? The domain blocking list came from Dr. Freemo, @freemo, the amazing Qoto.org administrator. He shared it at some point, and I added it to my preferences. I've been using it for a week or more with no issues. How Do I Do This? If you import this comma-separated values (CSV) file into your Mastodon account via the Preferences, that can help keep spammers and bad actors out of your timelines/feeds. I know some folks have complained about it.   Export to CSV from Google Sheets Here's the Domains Blocked file in Google Sheets. You can go to File ->Download->CSV to get a copy of the domains blocked list.  Then, once you have it saved, import it via your Preferences -> Import->Domain Bloc
Post a Comment
Read more
More posts